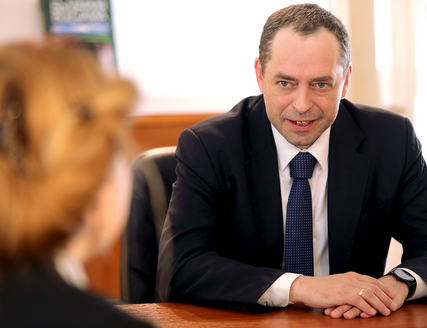 Bulgarian ambassador to the country Angel Angelov said answering a journalist question whether the position of the Bulgarian Academy of Sciences (BAS) which denies the Macedonian language is also an official position of Sofia.

On December 3 MANU adopted a Charter of the Macedonian Language outlining the scientifically recognized facts about the Macedonian language as a separate autonomous language with continuity and genealogy, which in Skopje is called “Macedonian”, reacted BAS and pointed out that the document caused “very serious scientific remarks”.

Macedonia will react to BAS position that the Macedonian language is a dialect of the Bulgarian language. Authorities in the country will first review the BAS statement in detail, followed by a reaction through the foreign ministry.

The Declaration adopted by the Bulgarian Parliament in October this year contains support for Macedonia’s full integration into the EU, provided that the country meets a series of conditions regarding history and language.

Mickoski: I will never negotiate what Goce Delcev was or give up the Macedonian language

Siljanovska Davkova: Late codification of the Macedonian language doesn’t mean that it was “created” or “invented” in 1945

Cepreganov on Bulgaria’s position on the Macedonian language: If something does not exist, it is not denied