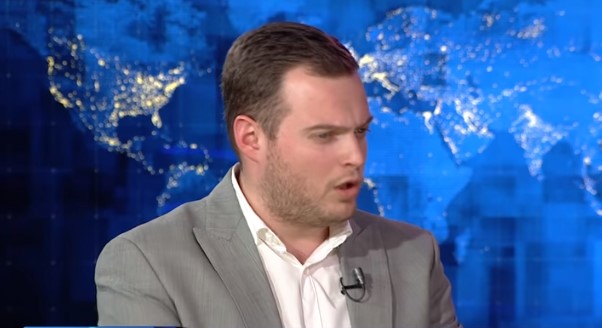 Even staunch Zoran Zaev supporters had to cringe at the sight of a young activist in Kumanovo, heaping praise on the Prime Minister earlier this week. Sanja Borizovska welcomed Zaev with the following tirade:

You Mr. Zaev are the only person in the past two decades to alter the course of history. You tore down the mask of false nationalism hiding behind the word democracy. You changed the history of the Balkans which was perceived as a dark hole in the world… You are the greatest motivation that makes I came back to this country to reverse the brain drain. I thank you for existing, Borizovska told, to bemused applause from SDSM supporters.

Mr. Zaev, what was this?, asked one of his stalwart media supporters, Branko Geroski from the Plusinfo news site, after the video with this over-effusive praise went viral online. A journalist from the pro-Government TV21 news site posted the video online, but then quickly deleted it, apparently under pressure, when it was widely mocked. The sight of a once declared “independent Twitter activist” Demijan Haxhi Angelovski, now working for the Government, passing Borizovska the microphone during the event caused only further mockery about the staged and over-wrought nature of the public praise which Zaev’s minions organize for their leader. 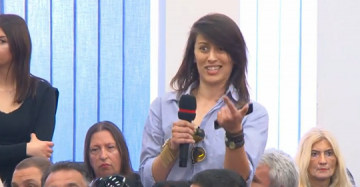 Borizovska introduced herself as a businesswoman and an activist for the rights of abused children – in an interview with Republika she claimed that she has been abused as a child herself – and the only time in her short speech when she would take a break from praising Zaev, she was asking him to establish a new public position of a children’s rights advocate, giving the entire event the feel of a job pitch.

But on Thursday the director of the Youth and Sports Agency Darko Kaevski came close to outdoing Borizovska during a televised debate. According to Kaevski, Macedonians will soon begin measuring the historic eras to the period before and after Zaev. According to Kaevski, the Communist Yugoslav dictator Marshall Tito is the only person who contributed as much for Macedonia as Zaev did.

When I talk to my parents, asking them which historic character influenced did the most for themselves and for our state, when did they feel most recognized, they tell me it was during the time of Josip Broz Tito. The day will come when we tell our children, our grand-children, that we lived in the days when Zoran Zaev, together with his Government managed to resolve the decades long name dispute and managed to overcome all the obstacles put before him by the opposition and showed a serious dose of leadership, rose to a serious challenge, undermined his own integrity and ratings in order to integrate this state and to have it benefit, Kaevski said, prompting laughter from other debaters.

And while many are today taking Kaevski’s comments, like Borizovska’s comments before him, as the comic relief of the day, others are warning that this is a worrying sign of the things to come, as Zaev’s increasingly authoritarian Government is being populated with sycophants and flatterers.

The new members of the VMRO-DPMNE Executive Committee include noted experts in the areas where Macedonia is struggling particularly badly at the moment – the economy and public healthcare. One new member that was announced yesterday is epidemiologist Velo Markovski. During the pandemic, Markovski...
Macedonia 22.09.20 | 10:32