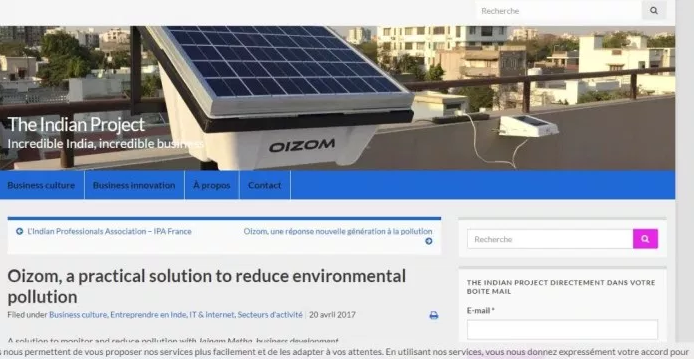 Another major corruption scandal is brewing in the Innovation Fund, a public agency that quickly became notorious for giving large grants for questionable scientific innovations to people close to the ruling SDSM party.

Lawyer Aleksandar Tortevski, who was a prominent support of the SDSM party led Colored Revolution, recently unexpectedly made a series of public allegations against Vanco Ordanoski, brother of one of the most outspoken Zaev supporters in the media – journalist Saso Ordanoski. Vanco Ordanoski runs a software company, and Tortevski claimed that he collected 350.000 EUR from the Innovation Fund using a fraud application for a system that would measure air pollution in Macedonia.

Vanco Ordanoski disconnected his prolific Twitter account which he regularly used to promote SDSM policies and attack the opposition VMRO party, and Saso Ordanoski also took a “summer vacation” from his regular editoralizing on the Civil news site just as the allegations came out. Vanco did not reveal the name of the company he has allegedly applied for a grant with, but this weekend a number of Twitter users claimed the name of the allegedly fraudulent project as Ekomonitor, an environmental device production company developed in cooperation with Civil, the left wing activist organization which Saso Ordanoski cooperates with.

The Ekomonitor.mk site features images of what appears to be an air pollution measuring device and a phone app to present pollution data, as well as graphic designs about a city wide system. Journalist Cvetin Chilimanov soon noted that the images on the site are lifted from an Indian company which produces similar devices, from a Chinese site found using Google image search, and from a free stock image site named freepik.com. A side by side comparison of the Indian device and the one allegedly developed by Ekomonitor.mk reveals that Ekomonitor is using the same picture of the Indian device, with the logo of the Indian company poorly covered up using image editing software.

The Ekomonitor.mk web site notes that it is funded by the Innovation Fund to develop an advanced system for measuring air pollution, which is a chronic problem in Macedonian cities in wintertime. After an easy Google image search revealed that their web site presents a device and an application developed by other, foreign companies, many Twitter users turned on the Fund demanding to know whether this much criticized institution is again giving money to SDSM party supporter with few questions asked. The Fund replied that it is reviewing all allegations of impropriety and will respond soon.

The Ordanoski family faces additional scrutiny as well – Saso Ordanoski is one of the most prominent faces of the newly established pro-SDSM TV station 1TV, whose owner Bojan Jovanovski – a.k.a. Boki 13, is being accused of serious racketeering on behalf of the ruling party.

The Innovation Fund is ran by Jovan Despotovski, an SDSM operative from the Radmila Sekerinska wing of the party. He was accused of giving money to pro-SDSM journalists on dubious grounds before, including to Goran Mihajlovski whose family allegedly developed a fire control system and to the Sloboden Pecat newspaper. He was also pilloried after giving “innovation grants” to companies owned by Deputy Prime Minister Koco Angusev and SDSM official Hari Lokvenec, and had to promise to introduce outside oversight in the projects his Fund gives money to.