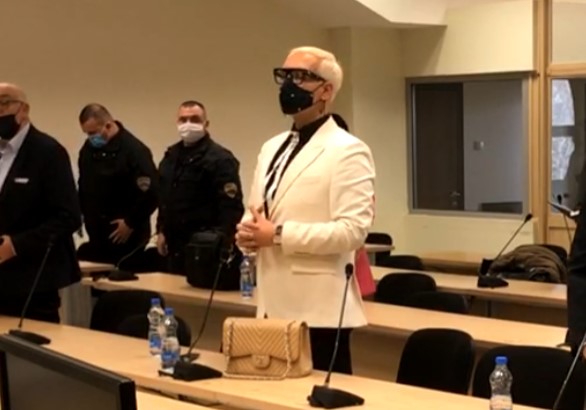 The Skopje Criminal Court handed down a total of 14 years in prison for the defendants in the “International Association” case. The court sentenced the defendant Bojan Jovanovski to a prison sentence of nine years for “fraud” and “money laundering and other proceeds of crime”.

Defendant Jasna Ercegovic е is also found guilty of “fraud” and “money laundering and other proceeds of crime”, with the court sentencing her to four years in prison, which includes her time spent under house arrest.

The court acquitted the defendants Frosina Tasevska Remenski and Hristina Blazevska of the “fraud” charges. Blazevska, on the other hand, is charged only with “money laundering and other proceeds” with a prison sentence of one year.

The court sentenced the defendant Mile Jovanovski to a sentence of two years in prison, which will not be executed if the defendant does not commit a crime within five years after the verdict enters into force.

The legal entity “International Association” was sentenced by the court with a fine of one million denars which it has to pay within 15 days from the effective date of the verdict.

The trial in this case is led by Judge Sofce Gavrilova-Efremova, and the prosecution’s representative is Ivana Trajceva.

According to the indictment, in the period from July 8, 2017 to April 13, 2018, the first defendant, as president of the accused non-governmental organization “International Association”, with the intention to obtain illegal property benefit for himself, used the documents from the indicated NGO and misled two injured persons.

He falsely stated that he would provide state-owned undeveloped land for the construction of a European Center for Elderly people and Mobile Service, as well as subsidies from the state and the victims thus misled to the detriment of their property paid him through the Macedonian Copyright Agency amounts exceeding significant value – 719,905 euros, ie 233,821 euros in denar currency.