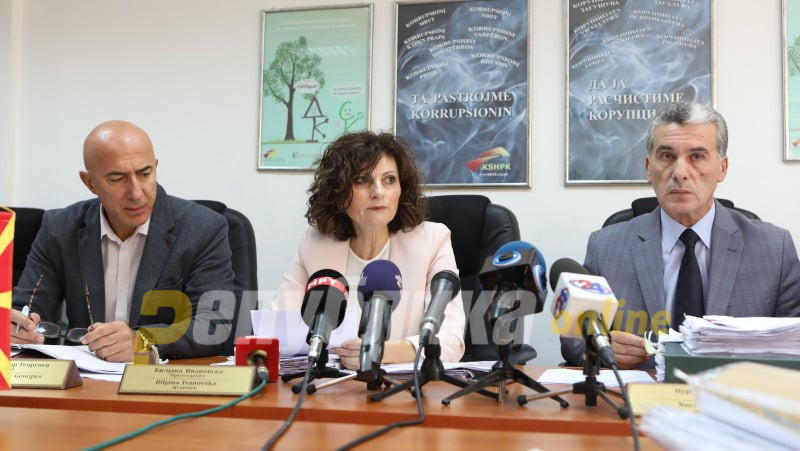 If the head of the Anti-Corruption Commission (DKSK) Biljana Ivanovska wanted to ingratiate herself with the Government, the attempt clearly failed. Appointed two years ago, Ivanovska would publicly propose investigations into some of the many cases of open corruption and abuse of office by the Zaev regime, but did not really develop a reputation for going hard on them. She was just as happy to join the Zaev regime in their campaign against the opposition, at one point initiating an investigation into outgoing President Gjorge Ivanov, which is now kept open in an apparent attempt to intimidate him.

While miles above the official judiciary and prosecutors, who are running interference for Zaev whenever a credible allegation of his corruption shows up, Ivanovska is still seen as friendly to the Government and far from an aggressive investigator of high level corruption.

But she didn’t really manage to make it worth her while. That is the impression from the latest spectacle, where a large, new neo-classical public building made as part of the SK2014 and meant to serve as the new headquarters of the DKSK commission was snatched right in front of her. The office was instead give to First Deputy Prime Minister Artan Grubi, whose importance in the Government is rising every day, to reflect the fact that his DUI party now holds the key to Zaev’s political survival.

Grubi’s first order of business after he took over the building as to hold a birthday party for DUI leader Ali Ahmeti – inviting the press to photograph the DUI leadership and the cake – without masks, of course. This prompted a sheepish complaint from Ivanovska – “we were told that there is no money in the budget for our promised offices, but apparently I should have pushed harder”, she said before insisting that with this move, the Government showed that it has no intention to give full support to DKSK. Pressed on the issue, Grubi was gloating – he pointed to the fact that DKSK also held a small birthday party in their current offices. “See, it’s enough, if they can have a party there, they can also work there”, Grubi said.

The Parliament is set to review the annual DKSK report in the coming days, and it is still possible that the dispute will escalate to a degree that Ivanovska is ousted or resigns herself in protest. But it’s unlikely she will show the strength to do so, after what she has shown in the past years.