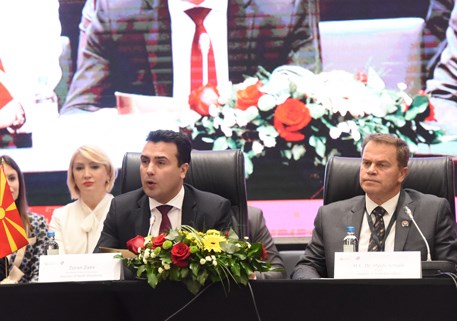 At Tuesday’s session, the Anti-Corruption Commission decided to file an initiative to the Public Prosecutor’s Office to initiate criminal proceedings against a former Minister of Culture who held this position from June 27, 2019 to August 30, 2020 on suspicion of abuse of office and authority in relation to contracts and annex contracts concluded on July 24, 2020, in connection with the annual competitions for financing projects of national interest.

This case was submitted to the Anti-Corruption Commission by the Ministry of Culture, and after the conclusion of a Government session held on May 18 this year. The Ministry of Culture was asked to control the work in the area of ​​legal basis of the contracts and annex contracts concluded on June 27, 2020, given that they, as explained by the Anti-Corruption Commission member Vladimir Georgiev, were concluded in the post-election period after parliamentary elections in conditions when the new Government has not been formed and in conditions when with a rebalance of the budget of the Ministry the financial means for financing projects of national interest in the field of culture have been reduced.

After reviewing the entire documentation, it can be concluded that during February 2020 the expert commissions formed in the Ministry of Culture, adopted decisions that approved funds for financing these three programs in the amount of about 196 million denars or over 3 million and 100 thousand euros for 684 projects. Having in mind that for 2020 for all programs were provided a total of 159 million denars, but also the obligations that the Ministry had undertaken in 2019 in the amount of 23 million denars, it follows that this institution had only 136 million denars available to finance these 3 programs, explained Georgiev.

He added that this means that in February 2020, when these 684 projects were concluded, liabilities in the amount of over 60 million denars were taken over the budget funds for 2020.

Nevertheless, knowing that the Ministry of Culture does not have enough funds for the purpose, and it should be borne in mind that with the supplementary budget of 15 May 2020 due to restrictions due to COVID-19 the budget of the Ministry is further reduced the responsible person additionally signed 100 decisions,contracts and annex contracts on July 24, 2020, which undertook new liabilities in the amount of 33 million denars, said Georgiev.

All these additional agreements concluded immediately after the elections, as he stressed, refer to complaints of applicants who either did not receive funds or received less and then with new contracts or decisions received other funds.

The head of the Anti-Corruption Commission, Biljana Ivanovska, said that all these findings indicate that the manager of the Ministry of Culture has undertaken obligations beyond the available funds with the Budget, which, as she stressed, is prohibited and punishable.

In the indicated period, the position of Minister of Culture was held by Husni Ismaili.

Anti-Corruption Commission demands end to employment based on ethnicity: We’re forcing people to humiliate themselves and lie to get a job