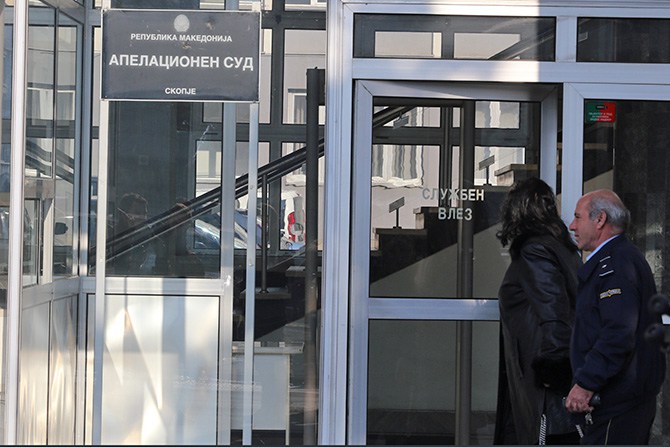 As was widely expected, the Appeals Court reduced the sentences of Vasilije Avirovik, son of member of Parliament Vladanka Avirovik, from three years in prison to a suspended sentence.

Vasilije Avirovik was sentenced as representative of the Sileks company, along with businessman Sead Kocan who owns the Transmet company, after the two applied and won a contract to mine coal in the REK Bitola coalmine worth 17.3 million EUR. Both companies have media interests and were supportive of the now opposition VMRO-DPMNE party – Sileks runs the best watched Sitel television, while Kocan was owner of the now closed Nova television.

The case against them was raised by the Special Prosecutor’s Office, a partisan institutions which has gone after hundreds of VMRO officials, activists, journalists and businessmen, based on unlawfully wiretapped phone conversations. Kocan was originally sentenced to six years in prison and the pressure of the case forced him to shut down Nova, silencing a voice critical of the now SDSM led Government. Today, the Appeals Court reduced his sentence to four years and eight months in prison. Sitel toned down its reporting and still faces pressure – three leading officials of the opposition Socialist Party, which is run by Sileks and Sitel owner Ljubisav Ivanov Zingo, were charged by the state prosecutors.

Avirovik’s case became especially prominent after his mother Vladanka Avirovik was forced to become one of the nine members of Parliament who voted in favor of renaming Macedonia into North Macedonia. Since October 2018, when Avirovik first voted to begin the process of renaming the country, it was widely speculated that she is being blackmailed in her voting with the fate of her son. Most of the nine members who were from the VMRO-DPMNE party or its coalition allies like Avirovik’s Socialist Party, faced direct criminal charges aimed against them, or were believed to be blackmailed indirectly, through friends or family members. One of them, Zekir Ramcilovik, is close to Sead Kocan.

Avirovik and Ramcilovic voted to rename Macedonia and today’s lenient approach by the court justifies those who claimed that they made a deal with the Zoran Zaev Government to give their votes in exchange for leniency for Avirovik’s son and Ramcilovik’s political ally. Such overt deals, which apparently include Government interference in the decisions of the courts, contributed to the sharp drop in trust in the Special Prosecutor’s Office, and a cynical tone in the public towards rule of law in general.