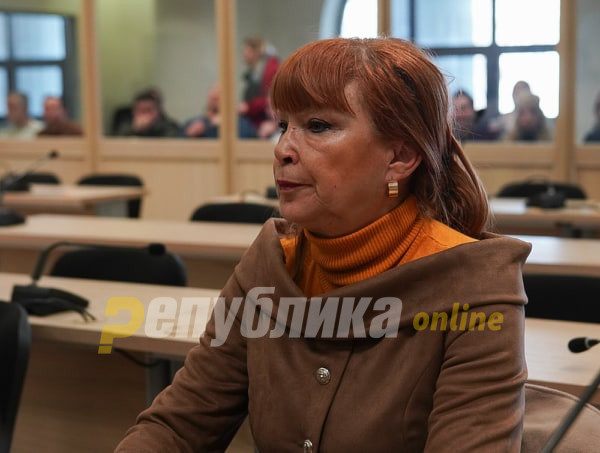 Prosecutor Vilma Ruskoska did not offer much in the way of new evidence today, during a hearing in the new April 27th trial. Ruskoska made a rare personal appearance in the trial against former VMRO-DPMNE officials, who are accused of organizing the 2017 incident in the Parliament – she already used the first trial in this incident to blackmail VMRO members of Parliament into voting for the imposed name change in 2018.

Ruskoska presented phone messages from singers who supported the protests that were going on in front of the Parliament – the messages were sent from Macedonian and regional stars like Blaga Petreska and Bajaga.

One new development was that a forensics witness presented by Ruskoska – Marijan Dimovski from the Interior Ministry, acknowledged before the court that he does not hold the required license to be considered an expert. Dimovski handled these messages extracted from phones owned by former ministers Mile Janakieski and Elizabeta Kanceska – Milevska.