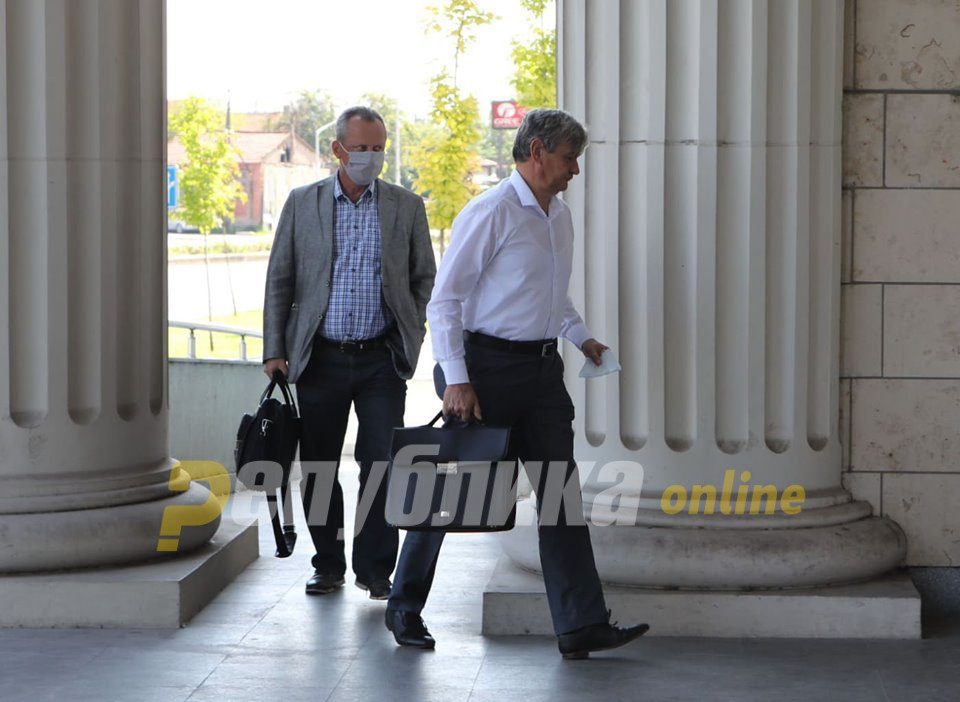 Prosecutor Vilma Ruskoska used today’s hearing in the April 27th trial, which was supposed to be dedicated to closing statements, to introduce new allegations against the defendants. Specifically, she accused former ministers Mile Janakieski and Spiro Ristoski of organizing the protests from the movement For a United Macedonia, and that Janakieski tried to obstruct the election of a new Speaker of the Parliament in 2017 through member of Parliament Krsto Mukoski.

The defense responded that these are serious changes in the case which can’t just be introduced at the end of the trial.

The defense was not able to respond to these charges. I see this as evidence of our success in refuting the original charges so far, because otherwise the prosecution would not try to expand its case, said Elenko Milanov, one of the defense attorneys.

Republika asked Ruskoska why won’t she expand the investigation toward another former minister – Elizabeta Kanceska – Milevska, who was frequently named in the messages that were presented as evidence, along with Janakieski and Spiroski. Ruskoska responded that there was not enough evidence against Kanceska, other than that she tried to get notable artists to join the protests. Kanceska, of course, received a pardon for other charges that were raised against her after she switched sides and joined SDSM in voting in favor of the imposed name change in 2019. Her removal from the April 27th trial only adds to the impression that this is a selective case that the Zaev regime is using to go after its political opponents.