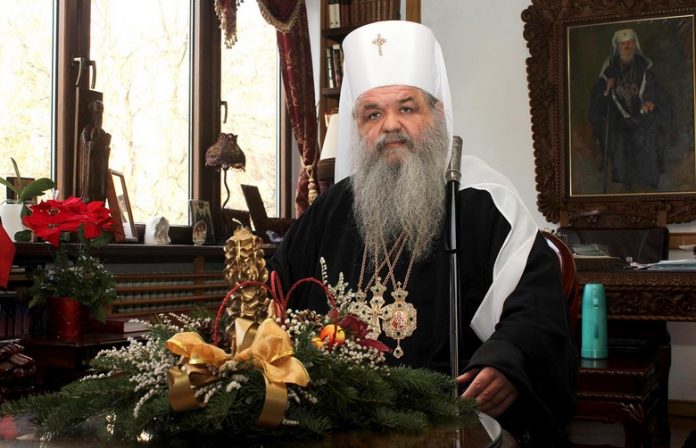 In his Easter message, Archbishop Stefan of the Macedonian Orthodox Church urged the faithful to register in the on-going census, and condemned the planned education reforms by the left wing Government.

A census was announced and then postponed due to the pandemic. Whenever it takes place, we as Macedonians need to do our duty and be counted, as many as we are, wherever we are, in accordance with international standards, the Archbishop urged.

The Zaev regime planned to hold a low turnout “corona census” at home, while at the same time allowing Albanian organizations to massively register the ethnic Albanian diaspora online. The dejection with the regime in Macedonian diaspora circles led to a boycott of the online registration among Macedonians. After a meeting with VMRO leader Hristijan Mickoski, Zaev agreed to postpone the census for September, when hopefully the healthcare situation will not be that dire, and to allow more time for Macedonians in the diaspora to register.

Archbishop Stefan also urged the Government to stop its education reforms, which include both introduction of far left positions in the curriculum as well as concessions with Macedonian national history and identity to appease neighboring countries.

We see these strange reforms in the education which do not include the objective public, and which alter our historic, cultural and spiritual identity. This affects not only our present but our future as our children are pushed toward alien, inappropriate and unworthy values from their most fragile age. The proposals are so one-sided that we ask, is there no room for God and the experience of the church in this open society, Archbishop Stefan said.