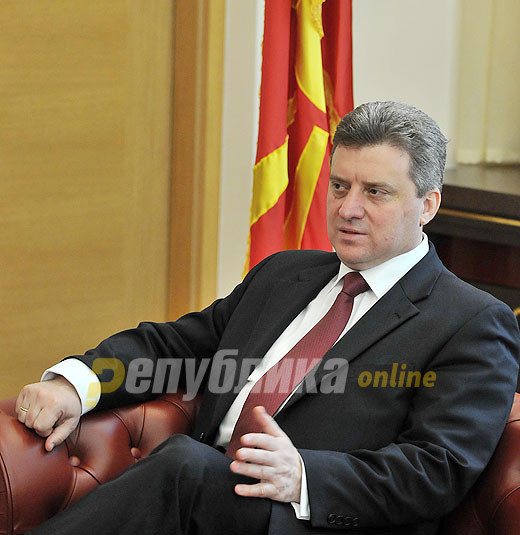 Suspicions that Ivanov is intimidated and blackmailed and that he will stand up all the people who are under political persecution, with one day to go before he leaves office, it is already clear that they have proved true.

Revolted citizens comment that Ivanov in some way, because of his fear and lack of courage, turns out to be a traitor.

Most often, presidents have little opportunity to stand out and be a factor that contributes and leaves a historic mark due to the few and limited competencies in the constitution. But Ivanov had a chance to make a historic turn.

He did not come out a hero to pardon the MPs, which would destroy the Prespa Agreement project. Not only he remained silent to the agreement of Zaev’s government of  with Bulgaria, with which we accepted that our history is Bulgarian, and that the Macedonians actually originate from the Bulgarians and which will change history and textbooks, but also shyly, but very clearly and unequivocally supported it in a speech on August 2, 2017 in Skopje, reads the reaction a group of citizens sent to our news portal.

He failed to sign the laws with the new name of the country, but he gets his salary from the Ministry of Finance of North Macedonia, and the request for office, drivers, employees, cars and the like is from North Macedonia. Future payments and benefits again from North.

The last chance to leave as a hero was to pardon the people persecuted by Zaev’s junta. He was calculating, remained silent, run, and eventually, he got scared and did not do it.

They say, he made a deal for himself to avoid persecution. One day we will find out what he should have been persecuted for and what he has done so that he is afraid to take such steps.

Bad end, Mr. Ivanov. A very bad end. Are you sleeping well at night with this baggage, with this guilt, with this sin?