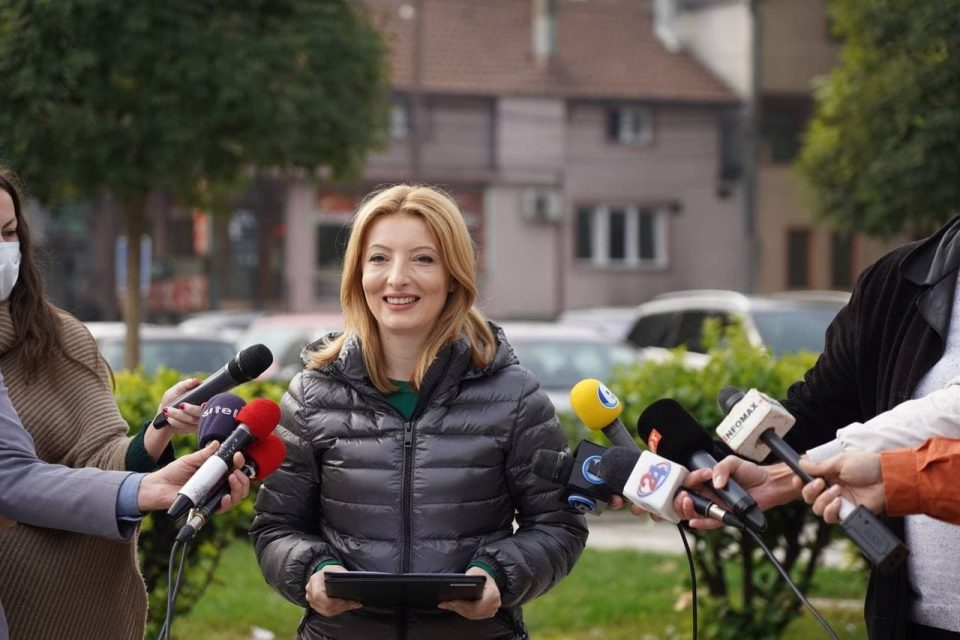 Independent candidate for mayor of Skopje, Danela Arsovska, together with the newly elected mayor of Aerodrom, Timco Mucunski, visited Thursday the municipality of Aerodrom, where she met with several citizens from the municipality. Arsovska thanked them for the selfless support given by a growing number of citizens during the campaign and called on them to join the changes
for a better, modern and European Skopje.

The Municipality of Aerodrom is known as an urban and modern municipality which, unfortunately, has been forgotten during the past 4 years. Together with the new Mayor of Aerodrom and with mutual cooperation with the citizens, we will restore the splendor of Aerodrom and our Skopje. We will work honestly and responsibly, in the interest of Skopje and the people of Skopje. With fast, safe and efficient solutions we will contribute to creating quality living conditions for all. And I know that together we will succeed. The positive atmosphere and the daily support I receive from you, my fellow citizens, is a proof that we, the citizens of
Skopje, are ready for changes, and they start after October 31, said Arsovska in Aerodrom.

In a conversation with the citizens, Arsovska, in addition to presenting her program for modern Skopje, once again stressed that with the start of her mayoral term she will be a mayor who in agreement and cooperation with residents will implement solutions for all projects that are essential for improving the functioning of the capital, and the focus will be on quality infrastructure, solving traffic, more green areas and fast, safe and quality public transport, as her main priorities.