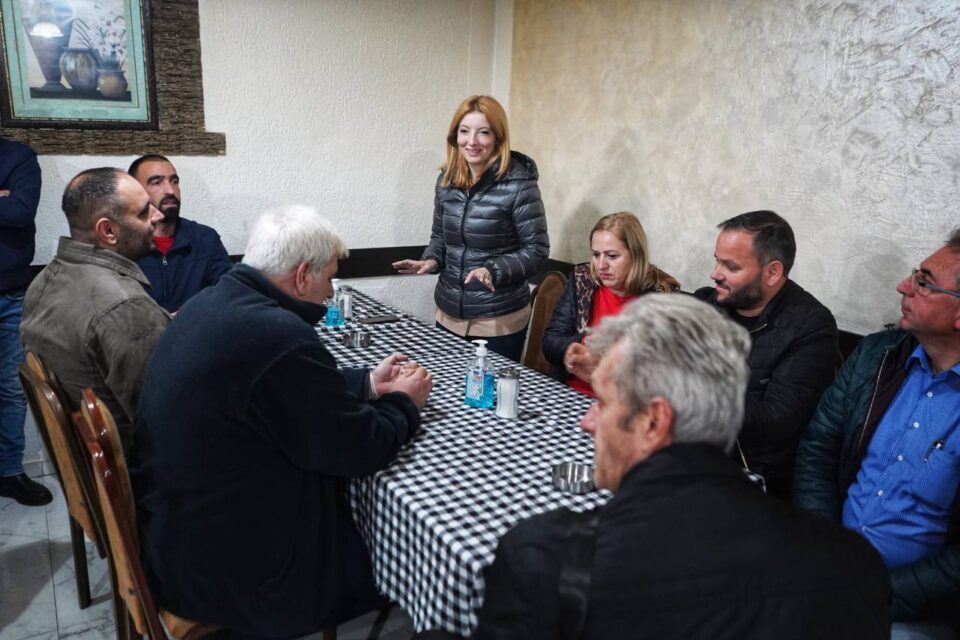 Skopje mayoral candidate Danela Arsovska took the campaign to one of the few parts of the city that voted for her opponent Petre Silegov, the Albanian majority area of Saraj.

Arsovska there met with supporters to present her program that would revamp infrastructure access to the Matka canyon – which is a big tourist draw in the city, as well improving rural infrastructure.