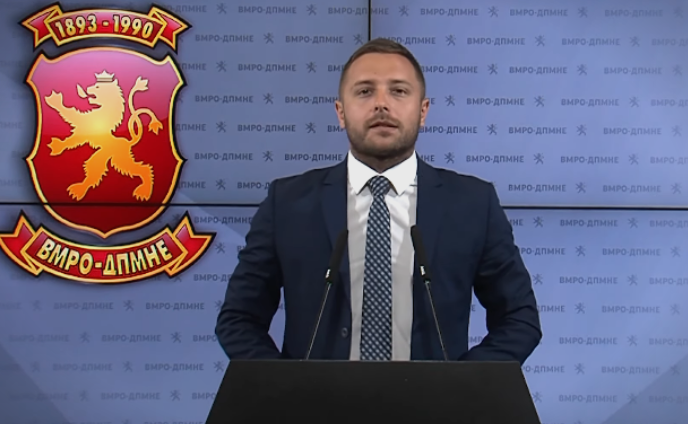 Katica Janeva and Zoran Zaev are the two sides of the same coin which means crime. Katica Janeva is Zoran Zaev’s racketeer, and Zaev is the man who gave her the most support and was behind her all the time, VMRO-DPMNE spokesperson Dimce Arsovski said at Thursday’s press conference.

Neither Zaev could get richer with blackmails for political influence without Katica Janeva, nor Katica Janeva could extort money and get rich without the support of Zaev and the institutions he controls himself and the SDSM leadership. That is why, Katica Janeva was left four months to clear the traces that lead directly to the octopus’s head, which everyone knows who he is. Four months instead of an investigation, we see a farce, Arsovski said.

He asked why proceedings were still pending for Katica Janeva’s son, Lazar Janev, whom we know was employed as a marketing director in the TV station owned by the first suspect and over whom there are strong suspicions that he was working with the suspect in the racket and went with him to meetings in companies that were the subject of racketeering?

Early parliamentary elections are needed and Macedonia needs to be rebuilt soon after the fall of SDSM, Arsovski added.