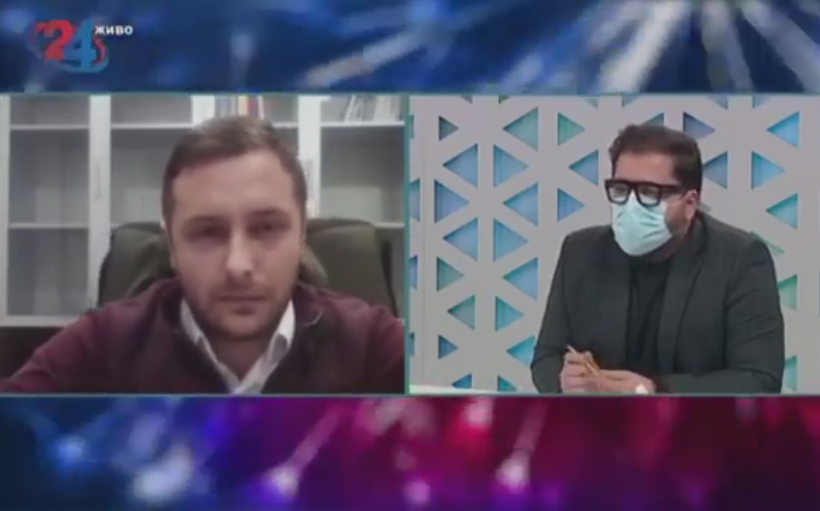 VMRO-DPMNE spokesperson Dimce Arsovski, in tonight’s edition of the “24 Analysis” show on TV 24 asked the director of the Innovation Fund Kosta Petrov if he was banned from entering Dubai due to certain inconsistencies in his work.

You should explain all those inconsistencies that stirred up the public around the famous public contract. Bojan Ivanovic, who is a supporter and active implementer of SDSM policies, was awarded several public contracts in a row from the Fund from 2018 to 2019. The last contract that should be discussed and the director should answer is the contract for marketing services and communication services which was signed and is worth 11 million and eight hundred denars. The same Bojan Ivanovic got three tenders in a row from the Fund in 2018 worth over 4 million denars. Why did not the director terminate the disputed contract. Also, in these moments when there is a corona crisis, it is insane to give 200 thousand euros for the organization of public events, said Arsovski.

He pointed out that media promotion of the Fund is used, but not on social networks but through the media and news portals. As Arsovski pointed out, the ads were paid for with money from the Innovation Fund budget.

Did you know that at the 24th session of the Government on August 22, 2017, a moratorium and a ban on advertising of institutions in the media was adopted. Are you aware that with this you have committed a crime, Arsovski asked Petrov.

The director of the Innovation Fund apologized to Arsovski for this.

I’m sorry if I have committed a crime, Petrov replied.