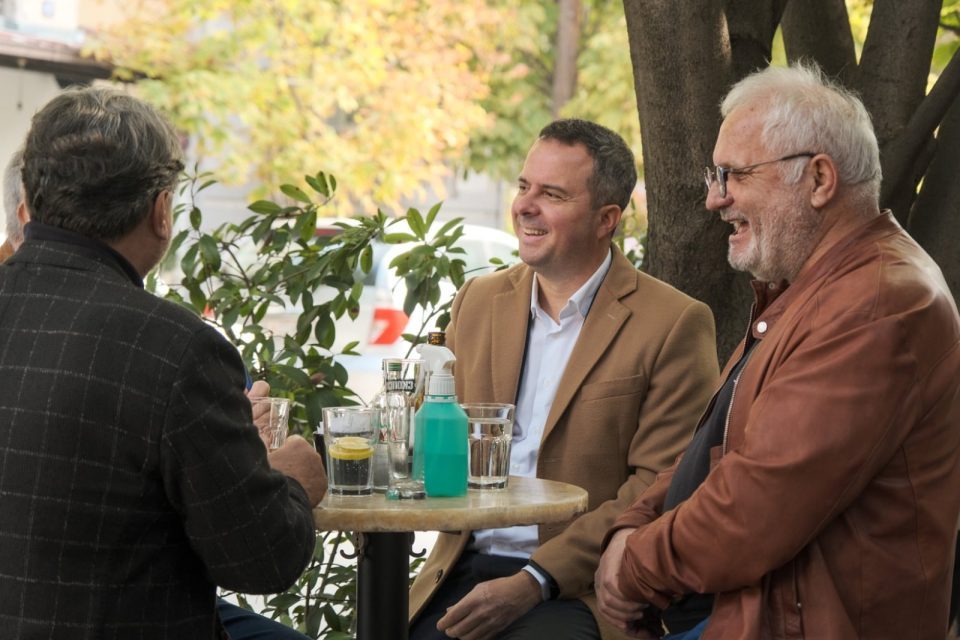 The SDSM candidate for Mayor of Skopje Goran Gerasimovski posted a photograph of a meeting with some of the most notorious former SDSM officials and one of their journalist “attack dogs”.

Gerasimovski met with former ministers Ljubomir Frckoski and Gjuner Ismail, both appointed in the murky early days of Macedonian independence. Both were lustrated for their cooperation with the Communist intelligence services – in Ismail’s case for ordering the police to spy on ethnic Albanian high school students he taught to for singing Albanian songs. Frckoski was lustrated for actions in the period when he was Interior Minister, when he would order spying on the opposition simply for contacting people in Bulgaria.

Frckoski was recently rejected by the US as Zaev’s pick for Ambassador to Washington. The complete list of reasons was not revealed but they can include his role in the mass smuggling with Serbia and Greece in violation of the UN embargo, his file of physical assaults on women, or the alleged role in the 1995 assassination attempt on President Gligorov.

For full measure, Gerasimovski invited “journalist” Branko Trickovski, who is best known for his graphic and over the top descriptions of how he would kill or rape opposition officials, which he defends as part of his “artistic freedom” to publish what he wants.

There is always something to learn from those older than us. Thank you for your support, Gerasimovski wrote as he shared the pictures with the notorious trio.

Gerasimovski is the only SDSM mayoral candidate of a major urban area who had a lead over a VMRO-DPMNE supported opponent in the first round and now heads in the second round against professor Natasa Kotlar. The son of a former SDSM official who worked as a party pollster, Gerasimovski, he now faces a difficult fight in what was supposed to be an easy SDSM first round win.