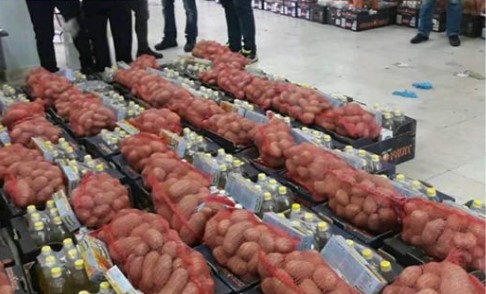 As the city of Kumanovo faced a huge progression of coronavirus cases, the ruling SDSM party was busily distributing sacks of potatoes and packages of cooking oil, to the poorest parts of the city. The all too common practice of bribing voters to support your party was apparently planned for the April 12 elections. Even though the elections were cancelled because of the coronavirus epidemic, SDSM officials from Kumanovo kept touring the poor, mainly Roma neighborhoods, and made sure to point out that the food is delivered by the ruling party.

VMRO-DPMNE Vice President Vladimir Misajlovski said that the practice is not only illegal and humiliates the voters, but is also dangerous given that Kumanovo has rapidly growing numbers of coronavirus patients and scrambling to get sacks of potatoes puts the people at risk.

This is not only pre-election bribery, it is in violation of the orders blared at numerous press conferences held each day, meant to protect the public. You obviously don’t care about public health because for SDSM, party comes before country, Misajlovski said.

The city had to be put on a weekend long lock-down starting in a few hours, after the main city hospital became a hot-bed of the infection.