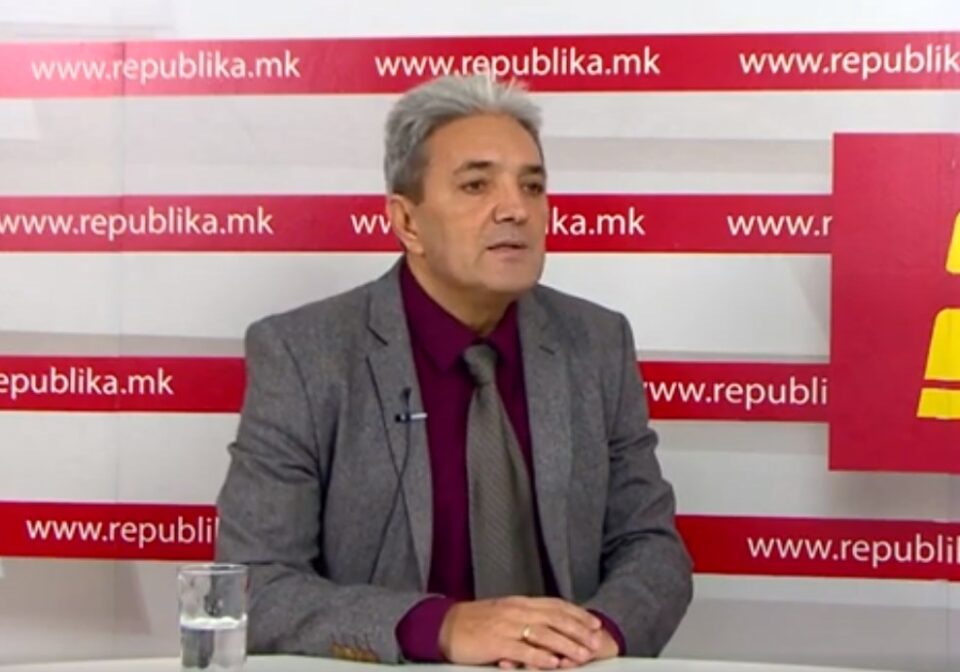 “Macedonian Modern” is a movement that will try to give birth to a new political force to influence the political scene in the country. We have a strategy, we have people, ideas and we think that we will have to open up all the important issues and see what happened these 30 years and let’s see where the country goes in the coming years.

The government and those in power do not offer us a solution, explains Petar Atanasov, founder of the new movement called “Macedonian Modern”. 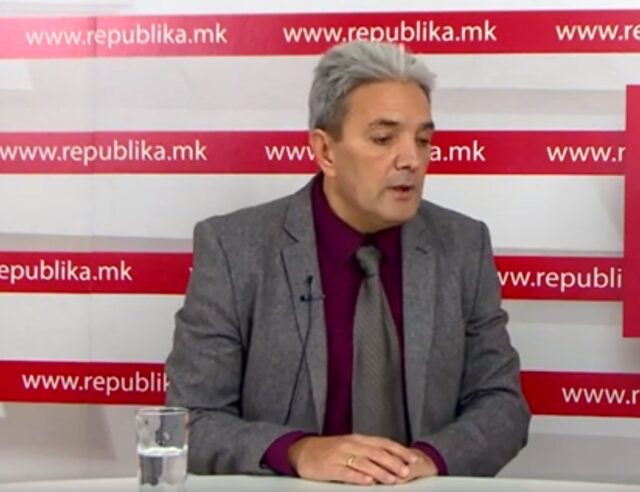 We want to offer solutions and open the cards and influence the way things are going on in the country. We are not satisfied with the functioning of the system, and how the money is spent. We must learn to cooperate. Two or three parties cannot be more vocational enemies, to fight in elections and after the elections the party that wins to rule irresponsibly and endlessly. Our institutions have been emptied, politics has eroded. This government and these five years are not a good way of governing. We want to strengthen the political center and let’s unite all segments and people with ideas, says Atanasov in an interview with “Republika”.

He says he will dissuade those who think there is no room for a new political option.

We want to make a new political option, not a third political option. It is obvious that of these two main options that exist, there is no cooperation, and we are not moving forward. How many times have we had elections in 15 years and are we living better, is the country better, asked Atanasov. 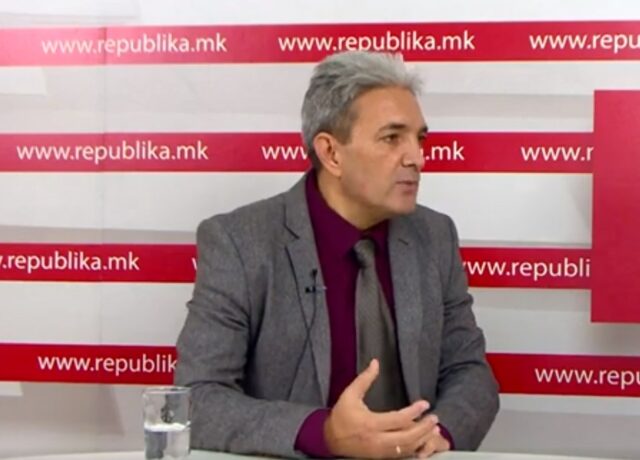 He believes that the political center is empty and therefore there is a place for a new political force, but he knows that it will not be easy because they want to see people with ideas and with a name and surname.

Atanasov says that the chances are high that they will participate in the next elections and win more MPs, certainly not alone.

He does not exclude the possibility of cooperation with the mayor of Kumanovo, Maksim Dimitrievski, who formed a similar movement.

I know Dimitrievski well, we are also friends. He is currently the most popular politician in the country. But in order to win power and enter the Parliament, a slightly more serious approach is needed, and I think we can do that. Dimitrievski was alone against his long-standing party and succeeded.

Atanasov, as a former minister of education, the situation in education, where chaos reigns like never before, says is a painful topic for him.

The chaos in education happens because no one is leading education, there is no strategy and it is not known where it is going. Education needs a team that knows where it is taking it. At this moment there is no agreement for major reforms in any political force. The government and the Ministry of education are preparing amendments to the law on higher education from 2018, which is disastrous and which will return the university back many years and which is a small attempt to restore the power of the rectors, explains Atanasov.

Atanasov refers in detail to the problems in education.

Students learn from scripts because the system does not work well and does not function. The way in which the ministers of such sectors are chosen does not bring us quality or progress. It is unacceptable that the minister does not know the sector. It is unacceptable that three or four months pass before the minister gets to know the sector. There is chaos in education and inside the educational process people are unmotivated and dissatisfied, children do not learn, parents are dissatisfied and our children go to bed and get up to escape from the state. We did not try to make their education more modern, says the former deputy minister. 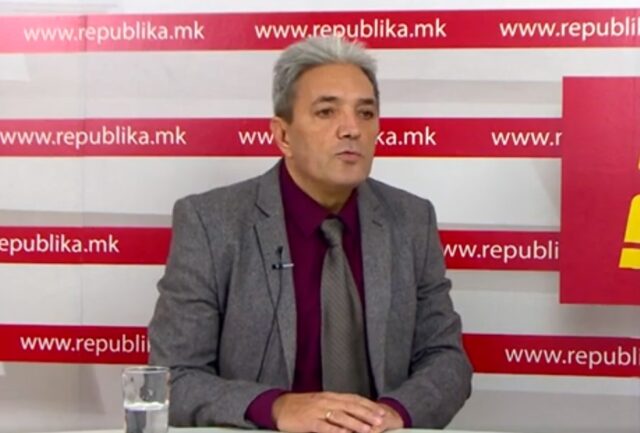 Those who spoil education cannot fix it, the former minister is clear.

With Atanasov, we discussed political topics and what is most current, the constitutional amendments and the relationship with Bulgaria.

We as a country must solve the problems. We paid too much for the problem with Greece. The problem with Bulgaria is wasting us and secondly, it creates political unrest and frustration and thirdly there is no end in sight. I share the opinion of the opposition that the results of the historical commission cannot be a condition for us to go further. What is happening with the historical commission is blackmail. Regarding the inclusion of Bulgarians in the preamble, we allowed Sofia to go to Brussels with a document that states that 140,000 Macedonians have Bulgarian roots and consciousness and they present as Bulgarians from Macedonia. The census did not show that. We must clearly and loudly go to Brussels and say – it can be done up to here, it can’t be done up to here. For me, the last bar is that we have nothing to negotiate with anyone from 1893 until now. We have a historical genesis, we have roots and what we have created to whom should we give it? Atanasov asks in the interview.

He is convinced that the historical commission brought the greatest discord into society.

I agree with the statement of the leader of the opposition that we cannot be blackmailed for anything and everything. We cannot solve historical issues every six months. Dealing with these issues we forgot the problems in the country. In this country, the basic problems of the citizens, health, education, standard, and employment are not solved.

He believes that it is not necessary to fulfill all the wishes of Brussels. 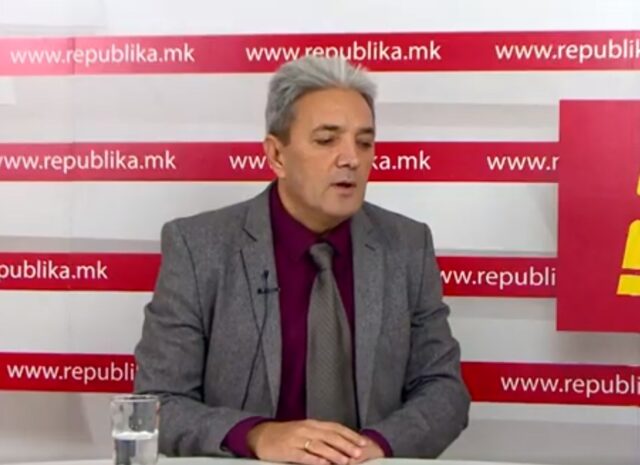 We don’t have to take the directives and photocopy them. We have to learn to negotiate for our interests and what is good for us. We say we conduct screening, I think we have better legislation than Bulgaria and Romania and even Croatia before it starts to negotiate. We should not blindly do what Brussels asks of us, but we have to express our interests. We are having a hard time with Brussels and I think that the Government does not control the processes, struggles, runs after the problems.

Atanasov is optimistic that there is hope for Macedonia.

I hope there is. It won’t be easy. We will all have to change a little.

Listen to the entire conversation in the video interview conducted by Igor Caveski.