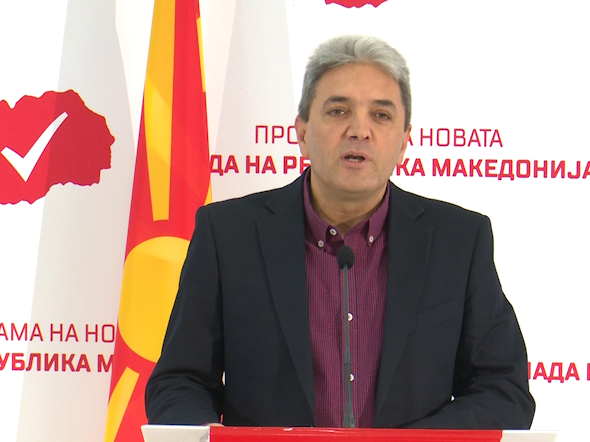 Kovacevski is a person delegated by one or two centers of power and with no legitimacy, he thinks he is the prime minister of this country and makes moves, whether or not anyone likes them. And he runs behind problems like any bad leader and any bad prime minister. He runs behind problems; he doesn’t solve problems, not a single problem has been solved, said Petar
Atanasov in an interview with TV Alfa.

Atanasov added that Kovacevski and SDSM do not deserve to lead Macedonia because of their bad and incompetent politics. This set of authorities does not distinguish between what is state and what is national interest.

At this moment, Macedonia is not going anywhere with this prime minister. Probably those who write his speeches now are good, so they write nice speeches for him. But there are political mistakes in yesterday’s speech, especially regarding internal integration and social elements, said Atanasov.

He pointed out that it is not in the national interest for the government to sign everything a frustrated political elite from Sofia has envisioned.