With the police still silent over the brutal beating in Strumica, an official from a People’s Roma Party revealed that the attacked person is a Roma and the leader of the attackers was a local thug close to Prime Minister Zoran Zaev. Zaev was Mayor of Strumica for a decade and he and his family have extensive businesses there, and practically run the city.

The beaten man is a Roma from the village of Banica near Strumica. He was brutally beaten up by ten men from the Prime Minister’s security detail, led by Sasko (Aleksandar Trajkov, a.k.a. Sasko Salin). They display force against the Roma, first when they were in the police, and now as Zaev’s bodyguards. I call on the police to hold the attackers accountable, said Gege Demirovski from the People’s Roma Party. 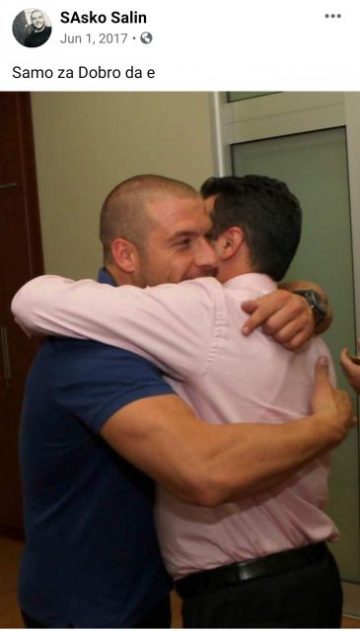 There is still no word about what provoked the incident, or the condition of the beaten man. Demirovski shared pictures from the attacked Roma, apparently taken in hospital, where he is visibly in very bad condition. Due to the lack of official reports, people in Strumica are speculating that the man has died.

A video of the attack was shared online. A man is seen running from a group of pursuers and is then badly beaten up in front of on-lookers.