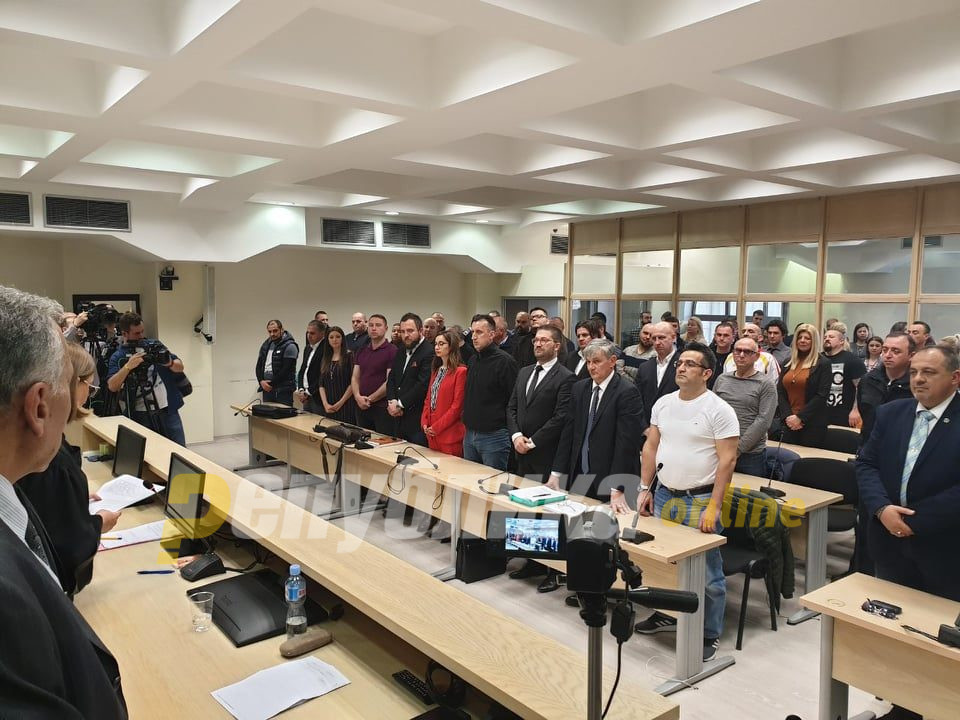 The attempt to pardon Aleksandar Vasilevski – Ninja from serving his prison sentence is part of the promise given to him in exchange for his testimony, said VMRO-DPMNE leader Hristijan Mickoski. Vasilevski, a low level street character, was a key witness for the Zaev regime prosecution in the trial against VMRO activists and officials charged with the April 27th incident in the Parliament. In the process, Vasilevski became known as the “favorite witness” of Zaev’s judges and prosecutors.

The trial was used by Zaev to pressure the opposition party and to force members of Parliament to vote for the imposed name change, and Zaev’s Justice Ministry is now tying to have Vasilevski pardoned from serving his own prison sentence.

The situation here is simple. We know how this person testified. Based on his testimony, people received sentences of over 200 years in prison. And naturally, now he wants what was promised to him. This is why Macedonia is 111th in the world in fighting corruption. This is why there are no foreign investors coming here. This is why we have no rule of law, Mickoski said.

The list of New Year pardons proposed by Zaev’s Justice Minister Bojan Maricic was withdrawn amid public outrage, not so much over Vasilevski, but after it included a man who apparently deliberately ran over an ethnic Albanian family killing a young boy. His attempted pardon outraged Zaev’s key Albanian coalition partners and the list was withdrawn.