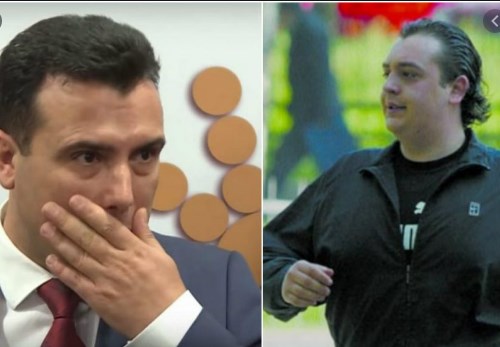 A new audio leak has elevated political tensions in Macedonia. Published by muckraking journalist Zoran Bozinovski, it shows Prime Minister Zoran Zaev negotiating a deal in 2016 with former security chief Saso Mijalkov from the then still ruling VMRO-DPMNE party, through an intermediary.

Brief excerpts of the conversation were already leaked to the public in the past, in audio form, and they reveal how Zaev is apparently making a deal with the former head of the UBK security service and top VMRO-DPMNE party official Mijalkov to stop the long running fight between the two main parties in Macedonia.

According to the tape, Zaev had a long lunch with Aleksandar Verusevski, the son of his security adviser and former UBK chief Zoran Verusevski. Zoran Verusevski (pictured) was involved in both the 2000 and the 2015 wiretapping scandals, during which he released numerous recorded conversations, and in both cases it was done to weaken the then ruling VMRO-DPMNE party and help SDSM grab power. Both scandals caused major security crises – in 2001 the wiretapping affair was followed by a brief civil war with Albanian terrorists and in 2015 by the SDSM led Colored Revolution and the Albanian terrorist attack on Kumanovo. 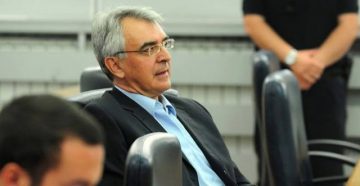 From the tape, it appears that Zaev has the utmost trust and confidence in Zoran Verusevski, but his son Aleksandar, who faced charges for an attempted mafia style murder and in 2007 received a presidential pardon, has sided with VMRO, more specifically with Mijalkov. Zaev frequently goes back to the political division in the Verusevski family, and Verusevski responds that he comes to him to bring a peace offering from Mijalkov (pictured). Zaev confides to Verusevski that he is facing serious problems in his businesses, with hefty fines slapped on them, and with financial inspections of his work as Mayor of Strumica, which he believed was the work of Mijalkov. Aleksandar Verusevski responds that that is a natural response after all that Zaev did since early 2015, publishing wiretaps that hit at VMRO-DPMNE, but that he can help Zaev and have Mijalkov end the investigation. 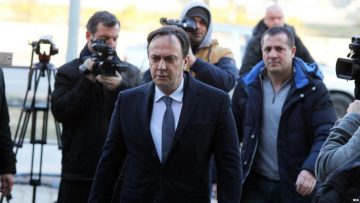 Both Zaev and Verusevski talk about the international support they are having in the process of the Colored Revolution. Zaev says that he is supported by “the Americans, under their umbrella”, using a term that was popularized in 2015 to denote that his SDSM party, the publication of the wiretaps and the protests against VMRO are under foreign protection and support. Verusevski insists that it is the British who are leading the developments in Macedonia.

Eventually, Verusevski proposes a direct meeting between Zaev and Mijalkov, and Zaev begins dictating his demands – first among them – the end of inspections in his notoriously corrupt management of the Strumica town hall.

After Zaev’s power-grab in 2017, following a major incident in the Parliament, Mijalkov began working on creating a faction in VMRO-DPMNE, and the few members it had in the previous Parliament voted with SDSM and Zaev. New party leader Hristijan Mickoski had Mijalkov expelled from the party.

Former Prime Minister and VMRO leader Nikola Gruevski (who is also Mijalkov’s cousin) responded to the tape when reached for comment by the Infomax news site. Gruevski was asked mostly about the personal nature of the wiretaps, which is alluded to by Zaev and Verusevski in their conversation, including, as Bozinovski claims, Gruevski’s alleged violent temper toward his wife and a tape that allegedly shows him in a homosexual affair during a vacation trip to the Seychelles.

They have tried to discredit me in the past in a similar fashion, releasing such rumors in the public. They claimed that I was beating my wife, they would try to create affairs with women who they would photograph with me on the street. Obviously when you have high support among the people you must expect blows below the belt. I’m not active in politics for a while now but I still remain the target of certain politicians in Macedonia, Gruevski told Infomax in a phone conversation from Budapest, where he received political asylum to escape Zaev’s politically motivated trials. 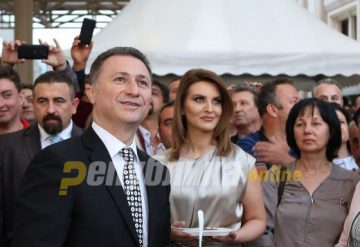 Infomax also spoke with his wife Borkica Gruevska, who denied all allegations made by Verusevski and Zaev in their conversation. “Nikola is not that kind of a man. None of what they say is true. I’m especially unpleasantly surprised by journalists who seem to gloat in the allegations and share them without investigating the sreports. The tape that is being discussed was already published, Nikola and I were there together, we had a security deatail with us. You can even hear my voice on the tape, I recorded him, Borkica Gruevska told Infomax.