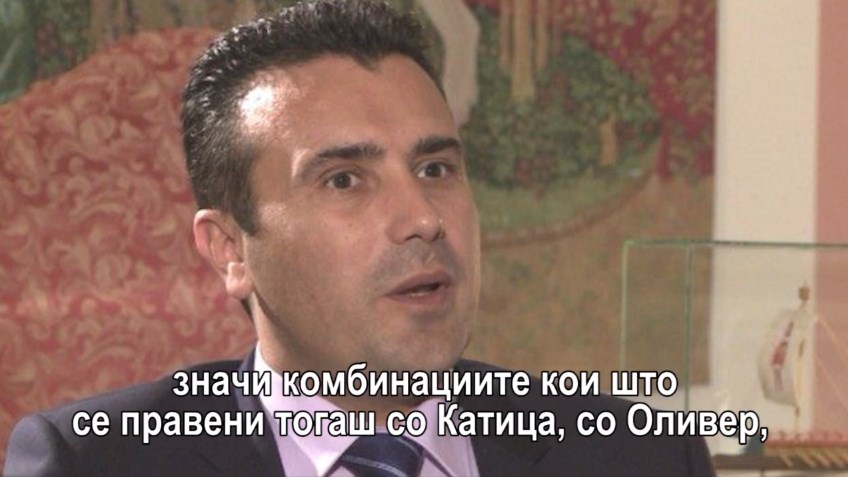 A new audio bomb was published on social networks this morning, which features the voice of former Prime Minister Zoran Zaev. The content of the audio itself reveals combinations and schemes that were made to end court cases, which involved more people from the former government. The schemes were made so that there would be no detentions, says Zaev.

Talir 2 falls, Postenska Banka falls, a bunch of cases fall, Ali Ahmeti’s census, but that is the risk, says Zaev, referring to the cases for which the SPO has launched investigations.

Furthermore, at one point he says that the background game was done with the knowledge of Oliver, Radmila, Katica. And that they were informed about everything.

She knows what to do, probably thinking of Katica Janeva.

In order for the amendments to the Constitution to take place in the Parliament, Zaev says:

The vote in the parliament is approaching, I tell her, so I say that. Oliver came, Radmila corrected, the others – man what are we doing, it is known everything that is done in the background. For example, what I do, when you do it, you do it for everyone,generally I set it alone, I am against detention, I say it publicly with everything. I say OK, should it be in Parliament or not, if you want cancel that in Parliament. They say no, no, it is important in Parliament, so apologize, the MPs are tied, the man helped, that is, I have said it, says Zaev.

Zaev fears that he will be the target of strong criticism from civil society organizations for justice that he will not deliver.

At the beginning of this year, there were audio leaks where Zaev claimed that he and the President of the Supreme Court, Jovo Vangelovski,had made arrangements to end court cases.