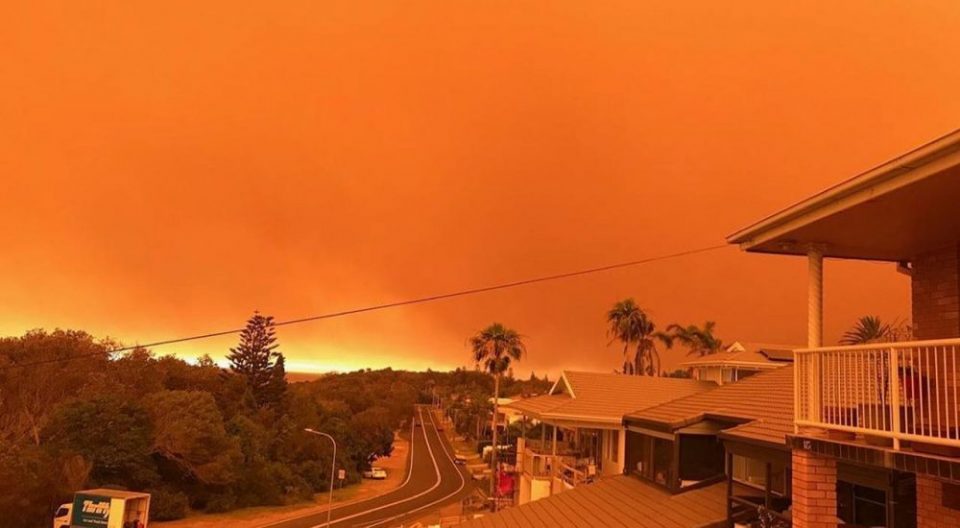 Australia is expecting a dangerous bushfire day due to high temperature and strong winds in blaze-ravaged states of Victoria, New South Wales, and South Australia on Friday, officials have said.

Australia‘s bushfire-ravaged state of Victoria in the country’s south-east extended Thursday its “state of disaster” ahead of “significant fire activity” forecast for the next two days.

The declaration, which is a first for Australia‘s second-most populous state, gives state authorities and emergency services additional powers to mobilize resources and evacuate people.

It covers East Gippsland and the state’s north-east, which have been badly hit by the bushfires.

Authorities have asked residents in those fire zones to leave as hot temperature, as high as 40 degrees Celsius on Friday, along with windy conditions and dry lightning are likely to exacerbate the current bushfires and possibly ignite new ones.

Several evacuation centres have been set up in Melbourne’s suburb of Hasting and other places.

There is also fear that a large fire in north Victoria could merge with another in southern New South Wales to create a “mega blaze.”

State Premier Daniel Andrews said on Thursday it was likely to be “a significant increase in bushfire activity over the next 48 hours.”

Authorities said 40 fires were burning across the state on Thursday evening, covering much of the state’s east. More than 1.25 million hectares of land has already burned in Victoria and at least 244 homes destroyed. Three people have died.

Meanwhile, in the bushfire-stricken town of Mallacoota, where more than 1,000 people were evacuated, a last-minute delivery of 3,000 litres of beer is being organized to be delivered on Thursday by the Australian Navy along with other supplies, according to Australian news agency AAP.

“After what Mallacoota residents and [firefighters] have been through the least we could do is make sure they could enjoy a beer,” said Peter Filipovic, the chief executive of Carlton & United Breweries.

Along with beer, the navy ship HMAS Choules is returning to the town with supplies of food, fuel and power.

In South Australia, authorities have called for evacuations of Vivonne Bay and Parndana after declaring an emergency due to out of control bushfires.

“Firefighting operations will continue for some days on the island,” the state Country Fire Service (CFS) said.

“All areas in the vicinity of the fire zones on Kangaroo Island are considered to be dangerous to people and we urge them to keep out of harm’s way and heed the warnings.”

Two people have died and an estimated 25,000 koalas killed in fires on Kangaroo Island, a popular tourist destination, last week.

In worst-hit New South Wales, officials said Thursday almost 1,900 homes had been destroyed this fire season. The state is preparing for elevated danger on Friday with evacuations of several towns.

A water-bombing helicopter ditched into a dam near the Bega Valley on the South Coast, which has seen massive bushfires since Christmas, the state fire agency confirmed Thursday.

The pilot has escaped with no serious injury.

Australian billionaire Andrew “Twiggy” Forrest, the chairperson of Fortescue Metals, is the latest person to donate millions of dollars for bushfire relief after he announced Thursday he will donate 70 million dollars to the bushfire recovery effort, including establishing a “volunteer army” to help rebuild destroyed towns.

According to the Sydney Morning Herald newspaper, celebrities and personalities have helped raise 140 million dollars in bushfire relief efforts.

Across Australia, more than 10 million hectares of land has burned since the bushfire season started early this year in September. At least 26 people have died and several thousand homes destroyed.

The country’s Bureau of Meteorology said Australia saw its hottest and driest year on record in 2019.