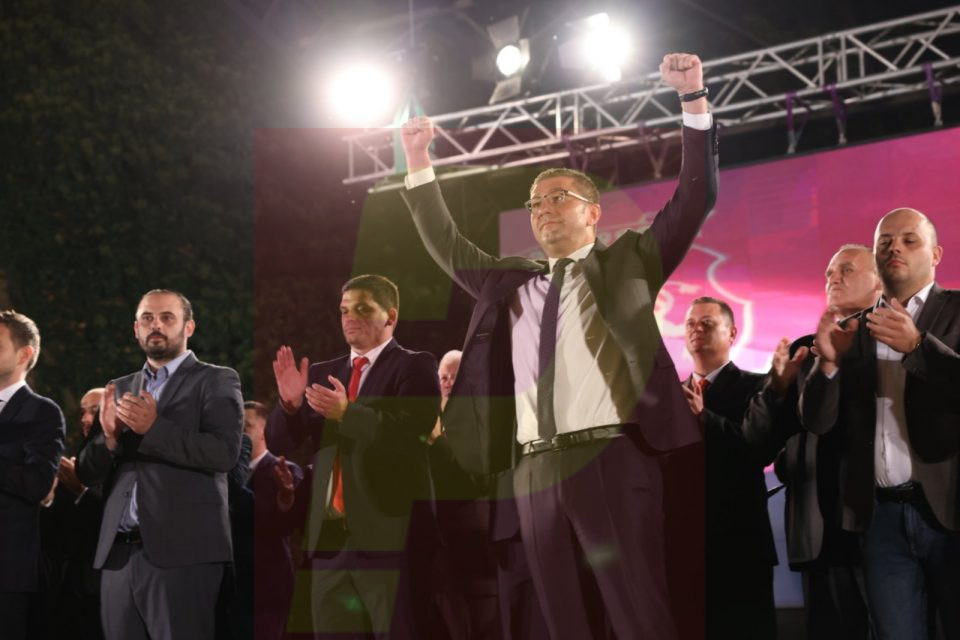 The Axios Institute in the period from November 10 to November 14 conducted field survey on the territory of the entire Republic of Macedonia. The survey was commissioned by the “Institute for Sociological Research, LOGOS initiative”.

According to the results of the surveyed citizens, we can see that the citizens have more trust in the VMRO-DPMNE leader, Hristijan Mickoski, than in the Prime Minister and SDSM leader, Zoran Zaev.

Namely, from the table we can see that the largest percentage of respondents did not want to say who they would trust, or they still do not know. That percentage is even 20.6%. The politician in whom the surveyed citizens have the most trust is Mickoski, that politician leads with 18.7%, right behind himon the second place is Zaev, with 11.8%.

It is characteristic that even a high percentage, 17.8%, of the surveyed citizens answered that they do not trust any politician.

In the table, you can see the names of other politicians, and next to them the percentage of trust among the surveyed citizens.

VMRO-DPMNE also leads ahead of SDSM with 21.3% versus 15.1% on the question if the parliamentary elections are held tomorrow, which party would you vote for?

The survey was conducted on a sample of 1,123 respondents throughout the Republic of Macedonia. The margin of error of the survey is about 2%.