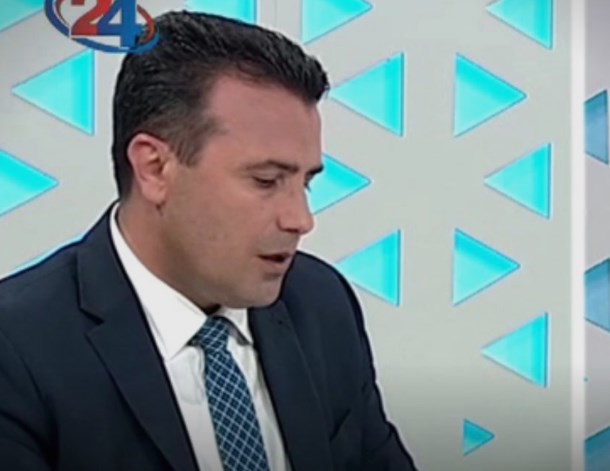 During the first televised debate between the two main leaders, Hristijan Mickoski and Zoran Zaev, the latter was noticably hostile and lowbrow in his comments. Many viewers took to the social media to comment on the style that was seen as low even for Zaev.

I wish the intellectual wing wins over the primitivism in their party, for the sake of all of us, former Culture Minister Ganka Cvetanova said on Twitter, after one of the uglier attacks from Zaev.

Some examples were when Zaev personally attacked Mickoski over the fact that his father was a professor at the Electrical engineering faculty in Skopje, and Mickoski later joined the same university. Back in the day Zaev’s own father was sentenced for stealing electricity in his village, by illegally drawing a connection from a powerline to his home, but somehow he thought that it was a good idea to attack his a family with distinguished academic and business background.

Zaev also kept accusing Mickoski of going to a gym and a restaurant during the epidemic, cases in which the Zaev controlled police ordered extensive raids and investigations, even as dozens of officials from Zaev’s own SDSM party were hospitalized after conducting campaign events or attending mass iftar dinners. In the first instance, the allegations were proven false, and in the second, Mickoski offered to pay a fine given that he was unaware of the rapidly changing regulatory system – although the SDSM linked police agents who are following him apparently were.

Zaev, who is facing myriad corruption scandals, also called Mickoski a criminal who would make Nikola Gruevski look like a pickpocket, continuing his practice of alleging criminal activity on the part of VMRO while he himself is revealed to be involved in corruption almost every other day. Mickoski, on the other hand, raised several possible future corruption investigations about Zaev – he asked him if he was in contact with a lawyer suspected of extorting money and whether he received land in Switzerland as a present from a Montenegrin businessman. Both questions seemed too detailed to be idle speculation and could lead to new revelations in the coming days.