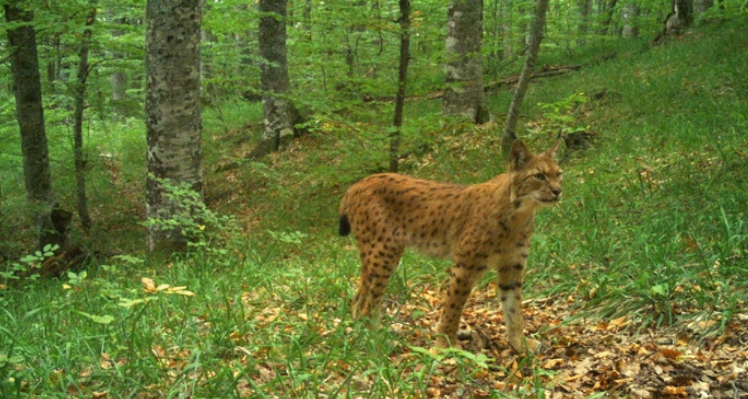 The photo of the lynx was quite clear and vivid. Lynxes are becoming a more and more rare sighting in Macedonian forests.

Andon Bojadzi, the head of the Galicica National Park Department of Nature Protection, explains that in the past 18 months special sensor cameras have taken several photos of Balkan lynx on several locations, but said that such data are not enough to determine their population and numbers.

Identification of species through photographs is difficult because it is determined by the patterns of lynx fur, which is almost impossible through lower quality photographs.

In cooperation with the Macedonian Ecological Society, efforts are being made to estimate the population of Balkan lynx, including the roe population that is part of its diet.

Despite pleas from Ohrid, forest fire left to devastate Mt. Galicica for more than a week