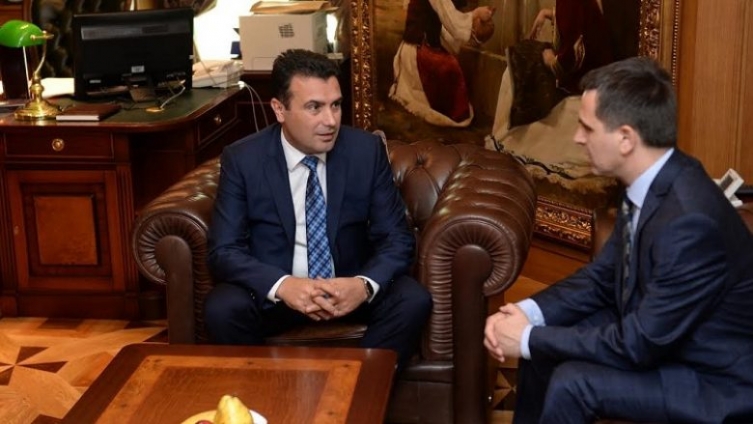 The Parliament was already supposed to start the session on the PPO law scheduled for 3 pm today, but it is still postponed. The reason for this was Zaev’s long meeting with Bilal Kasami, the president of BESA, who had already agreed that the law on public prosecution would be supported by the BESA MPs. However, Zaev and the SDSM lawmakers have also been required to approve the BESA law proposal on personal documents earlier, which would allow ethnic Albanians to be included in the IDs. According to sources close to the Parliament, Zaev agreed to proceed urgently tomorrow, first to pass a new law on personal documents, and then to put the law on prosecution to be voted, which two BESA members, Tetua Biljaji, and Fadil Zendeli will support, and thus Zoran Zaev together with the independent parliamentary group will reach 80 MPs. Sources close to BESA say an agreement between Zaev and Kasami was reached on the day when Parliament adopted the constitutional changes in accordance with the Prespa agreement and when BESA lawmakers voted to change the constitutional name. But BESA has so far been unhappy that the former prime minister, after the constitutional changes, has forgotten his promise and delayed the draft law on sID card. According to the BESA proposal, the IDs will read:

The “Ilovica” mine was bought by a company with dubious capital, Zaev is silent about all that

Every other sentence of Zaev is fake news