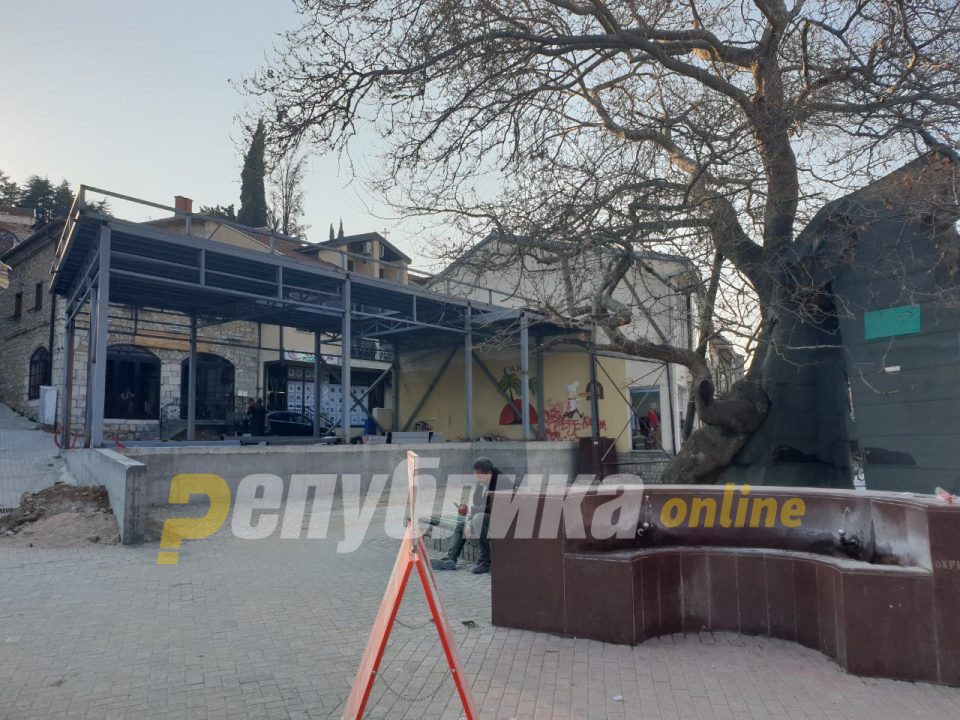 Nefi Useini, the notorious DUI party boss from Ohrid who recently opened an unlawfully built pizzeria in the historic center of the city, has become the face of the push to get the local authorities to end illegal construction and restore the authentic look of the city. Ohrid faces losing its coveted UNESCO world heritage site because of the neglect of its architectural, cultural and environmental heritage and local authorities, of which Useini is an important part, are pressured by the public to deal with the problem.

And yet, TV24 reports that a company owned by Useini is actually one of the two which applied to demolish the illegal buildings which blight the city and the region. Municipal authorities asked for offers from construction companies, and got two, including one from Nefi IK, a company owned by Useini. Useini confirmed to TV24 that he has applied to the bid which would, if implemented properly, include him being paid to tear down the pizzeria he built right next to the ancient sycamore tree – Chinar – which is one of the symbols of Ohrid.

Mayor Konstantin Georgievski, who relied on the Albanian vote provided by Useini, assured the press that the pizzeria will be torn down once the situation on the ground permits it. Meanwhile, it is widely expected that other, less politically connected owners will see their unlawfully built homes, hotels and commercial real-estate will be torn down to placate UNESCO.