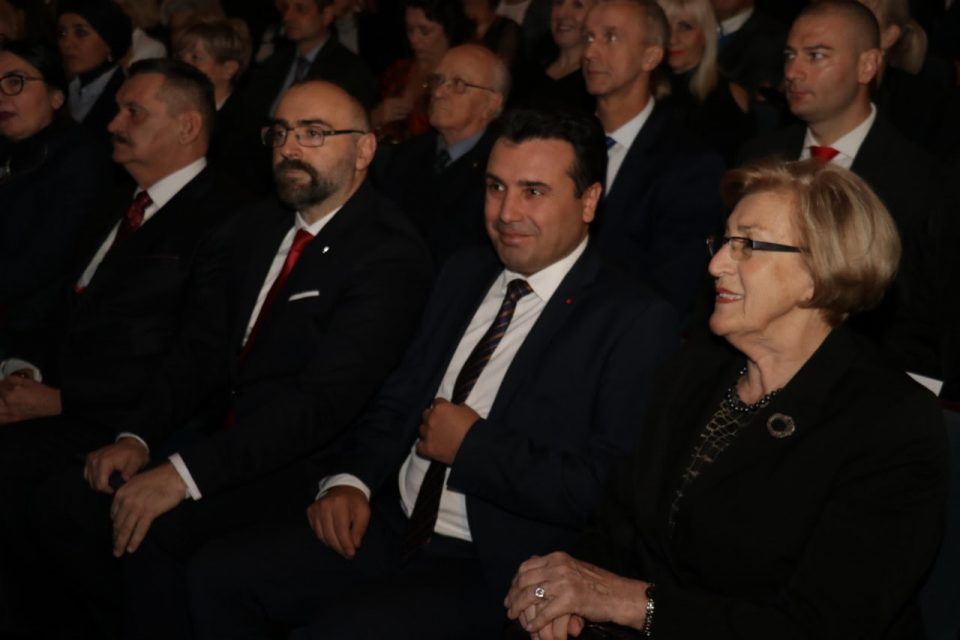 Outgoing Prime Minister Zoran Zaev received Wednesday evening the Isa Beg Ishakovic International Award at the National Theater in Sarajevo, which is awarded to foreign statesmen for the promotion of peace, tolerance and understanding.

According to the award committee, the outgoing prime minister has not only significantly improved relations in the Western Balkans, but has also demonstrated strong political leadership in the context of a more resolute rapprochement of the region to the European Union and NATO.

Bosnia and Herzegovina went looking for friends and found me. He also found with me my multiethnic people of North Macedonia, and for me that means even stronger bonding between nations. That award is huge for me, said outgoing Prime Minister Zaev. 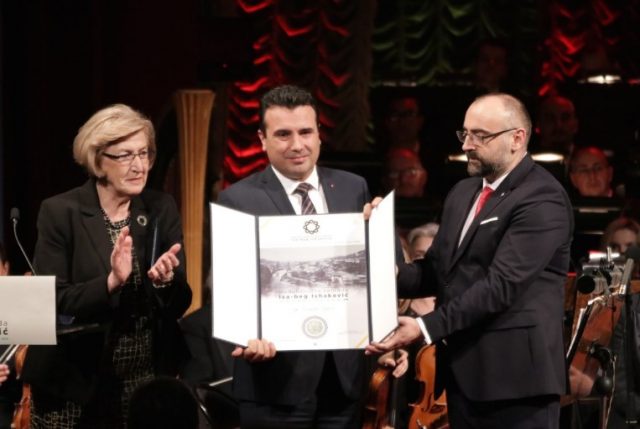 Knowing who was previously honored with this award and for what merit, the outgoing prime minister said it was an even greater honor for him to be recognized for his hard work as a young politician working to build friendship and understanding.

The chair of the award committee, Adila Pasalic-Kreso, underlined that the award was presented to persons who represent a public, social and political example, noting that Zaev was a politician who can set an example to politicians in the Balkans.