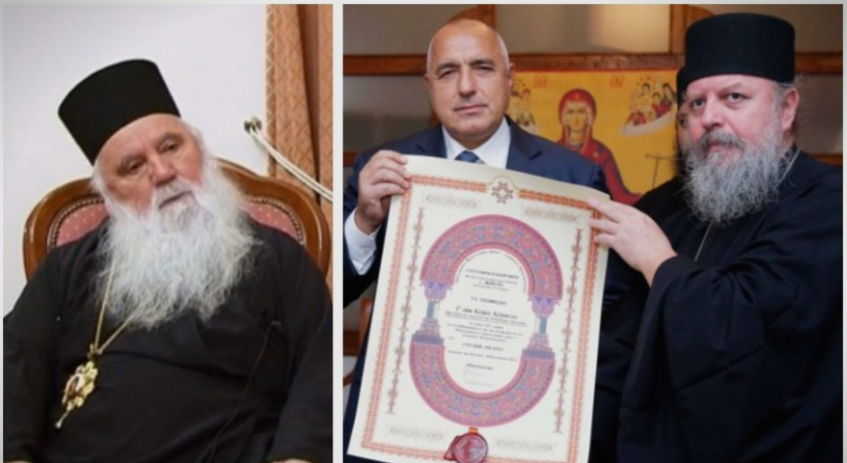 Bishop Timotej, who is the spokesman of the Macedonian Orthodox Church, told the Lider news site that none of the MOC bishops are above the law, when asked about reports that a powerful cleric was involved in the Racket 2 scandal.

In order to avoid “dark scenario”, affected party in “Racket 2” monthly paid money to Doncev through “the man with a beard”

Every citizen is equal before the law and we’ve had examples when members of Parliament had their immunity revoked. As clerics we are not protected before the face of God or men and the laws do not exempt us from any criminal responsibility, said Bishop Timotej.

His colleague was left unnamed in the reports, initiated by journalist Branko Geroski, and was named only as a “bearded man”, but as in similar Geroski reports on racketeering performed by the Zoran Zaev regime, it is widely known in the public. The allegations are that top healthcare officials, such as Minister Venko Filipce and FZO fund director Den Doncev blackmailed the Diamed dialysis company to pay bribes in order to secure the FZO payments for the services it provided, and also attempted to manage its sale to a foreign company, and eventually demanded half the sale price of about 11.5 million EUR.

In one of the best known corruption scandals linked to Prime Minister Zoran Zaev, he was filmed asking for a bribe worth hundreds of thousands of euros from a local businessman to approve the sale of publicly owned land to him. Zaev instructs the businessman to leave half of the money to his brother Vice Zaev, and the other half should be left with “the church”. It was initially presumed that it is a code word for the SDSM party, but as allegations of Zaev’s close ties with one MOC bishop in particular, it is now believed that it was a well developed scheme to receive bribes disguised as church donations, which normally don’t draw much scrutiny.

Each diocese has its own price list, it doesn’t cost the same to get married in Skopje or in Bitola