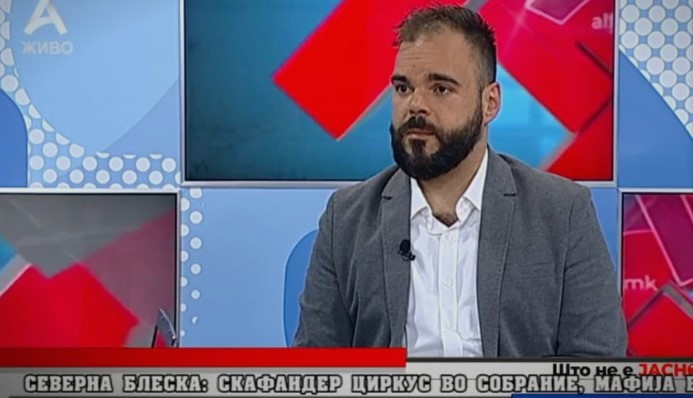 Bogdan Ilievski from VMRO-DPMNE said Tuesday in an interview with TV Alfa that with the events in the Parliament and the voting that included two MPs infected with Covid-19, the government demonstrates power, and that it is beyond common sense. He says the government has a mental issues and its needs psychiatrists because only a an expert can explain these behaviors.

This was not a circus either because this is offensive for the circus as well, this was out of common sense, said Bogdan Ilievski.

Ilievski says that the government brought infected MPs to vote in Parliament for something there was already a secured majority.

It was guaranteed for weeks, at least a month ago the opposition gave a blank support for the vote on the fifth stimulus package, I do not even try to understand why they did this, because I think that every sane person cannot understand why, he said.

Ilievski: La Verita reported on the scandal involving the SPO, I would not underestimate its credibility