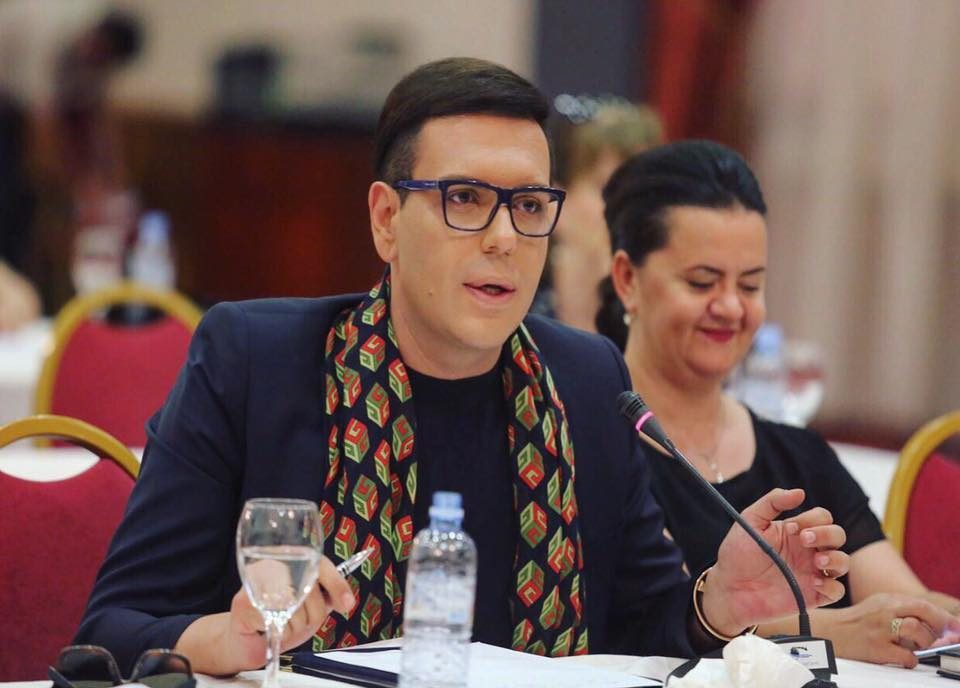 The Skopje1 news site reports that Bojan Jovanovski – Boki 13, the cross dressing showman who is at the center of a major political and criminal scandal, tried using his ties to the SDSM party to demand 50.000 EUR from the city of Ohrid.

Jovanovski managed to get about 20.000 EUR from the city, paid to his 1TV television, but demanded much more, citing a contract for providing various services.

The contract was signed by an SDSM appointed administration, but following the death of Mayor Jovan Stojanoski, the newly elected Mayor Konstantin Georgievski (also from SDSM) refused to pay the full sum.

Boki 13 was a permanent feature in the company of many SDSM top officials, from Prime Minister Zoran Zaev on down. He is being investigated for extorting money from businessman Jordan Orce Kamcev, but according to reports from rival pro-SDSM media outlets Boki 13 used the proximity to two SDSM party officials to pressure party mayors to donate publicly owned land to a bogus charity he ran. Another method he allegedly used was getting powerful SDSM officials to pressure businessmen to make donations to his 1TV television.