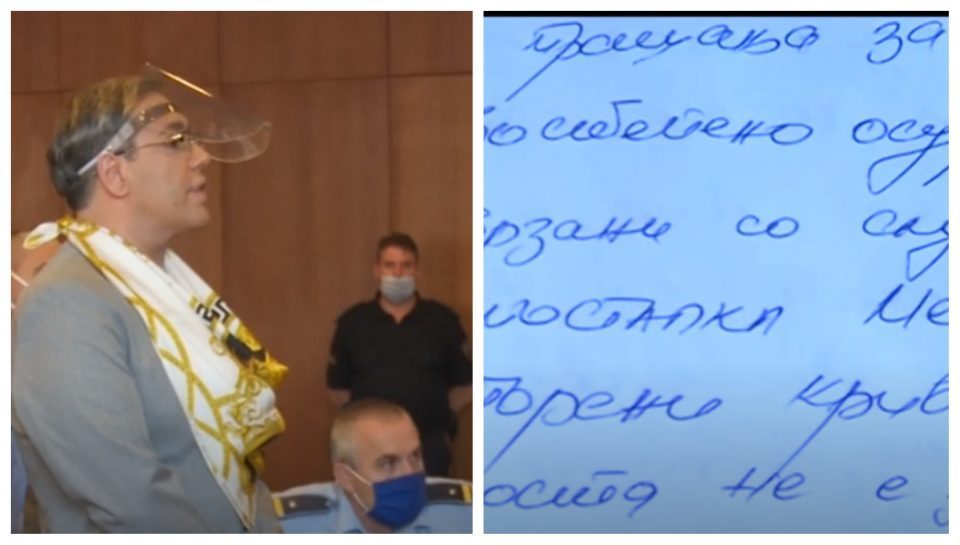 Through his attorney, Bojan Jovanovski – Boki 13 revealed that today he presented new details about crimes and abuses of office he has witnessed. This was the third time Boki 13 testified before state prosecutors after he dramatically announced that the money in the Racket scandal, for which he was sentenced to nine years in prison, ended up with Zoran and Vice Zaev.

With all responsibility i tell you that i will not be detered by any threats or blackmail. They will only stop me if they deprive me of my life, Boki 13 says in a handwritten letter he made public through his lawyer Saso Dukoski.

During the last testimony, Dukoski said that Boki 13 revealed three dozen crimes involving people in high office, and today he continued to “sing” about the crimes and corruption he witnessed. During his first testimony, Dukoski received a threatening phone call in which he was told to warn “the faggot” to stop talking or he will be killed.