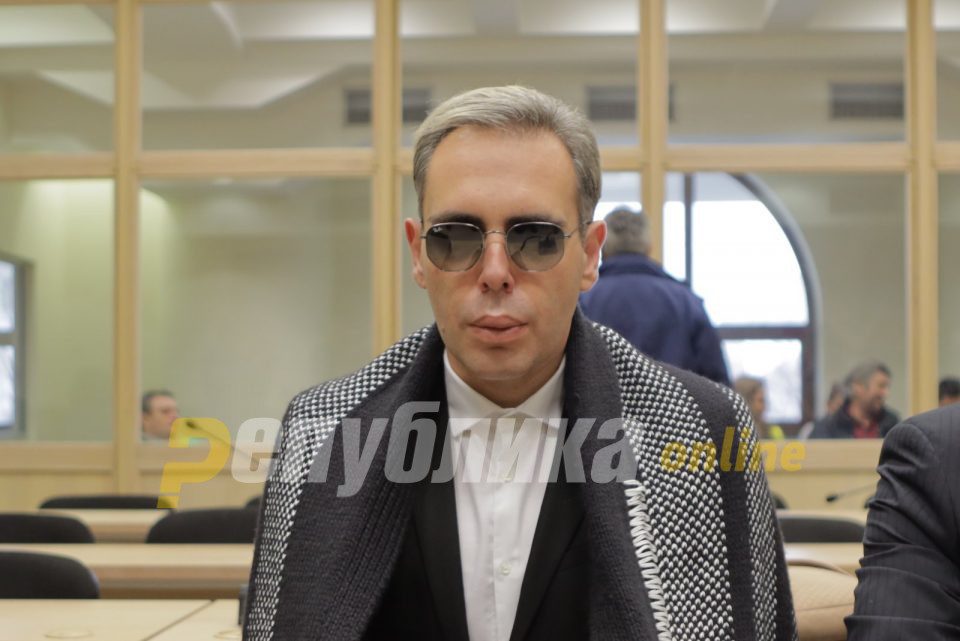 At the end of today’s hearing in the “Racket” case, Bojan Jovanovski announced that he would open Pandora’s box, which he talked about before he was arrested, ie he said that the key was in his hands.

He once again asked the court not to exclude the public when the recordings which Zoran Milevski Kiceec secretly recorded by Kiceec will be presented. The prosecution had earlier announced the exclusion of the public, as some of them had private conversations.

I am officially opening Pandora’s box from this moment. I also demand that the public not be excluded in order to see the truth of my relationship with Zoran Milevski and Milevski’s manipulation of me. This is beyond every human dignity, because so far we have seen no evidence, only sensation, Jovanovski said.

He then switched to another topic and began to talk about his health, but the judge interrupted him, saying he was not allowed to speak in evidence procedure about his health, as 17 doctors said he had no cancer.

To which Boki replied: “Please don’t yell at me”.

Boki 13 then returned to commenting on the tapes, saying that the evidence would show why Kiceec was released under house arrest.

Katica Janeva also demanded that the tapes be publicly presented, saying that they would clearly see who was extorting money and who offered bribe.