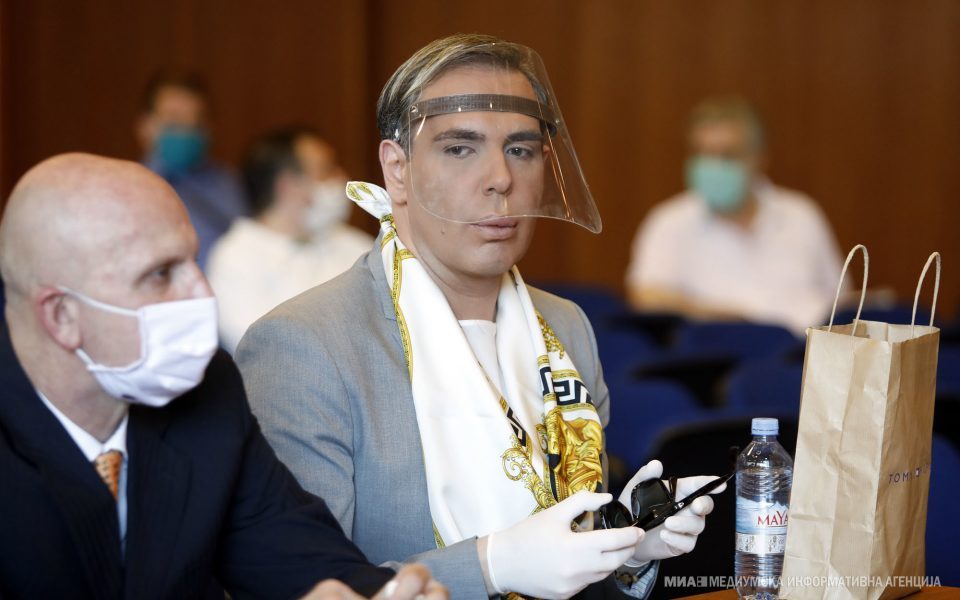 Saso Dukoski, the lawyer representing extortionist Bojan Jovanovski – Boki 13, said that he delivered proposals for initiating charges that will eventually inlcude dozens of people who were involved in the Racket scandal. Boki 13 was recently sentenced to nine years in prison for racketeering, in a case in which the suspected top political enablers were left out, and during the sentencing he acknowledged that the ringleaders were Zoran Zaev and his brother Vice.

We are proposing charges against at least 30 persons. Due to the seriousness of the allegations we demand that the most relevant international institutions for protection of human rights get involved, including the diplomatic missions of the relevant countries, Dukoski said to the press today, after Boki 13 had his second interrogation with a state prosecutor.

Dukoski said that so far two specific crimes, involving 7 or 8 people, were detailed to the prosecutors. He did not disclose the names of those involved, but it is widely presumed to involve top SDSM party officials, as well as businessman Jordan Orce Kamcev, who was the target of extortion on the part of Boki 13 and disgraced former Special Prosecutor Katica Janeva.