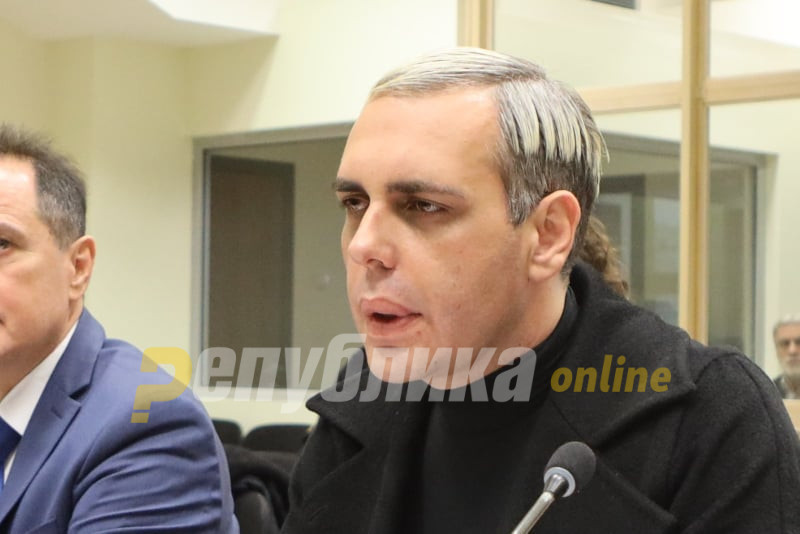 In his explanation of the indictment, Bojan Jovanovski, the first defendant in the “Racket” case, pleaded not guilty and said that he was a victim of a bigger game, in this case that he did not want to name as “Racket”.

He also protested against Prosecutor Ruskovska’sremark that he was a self-proclaimed star.

According to Bojan Jovanovski, Ruskovska was a frequent guest on “1 TV” and that he had been sitting in a restaurant with Ruskovska just as much as with Janeva.

A “dirty” political game is played through this case. On my shoulders. These are lies and speculation, said Jovanovski.

Judge who defied the Zaev regime put on trial