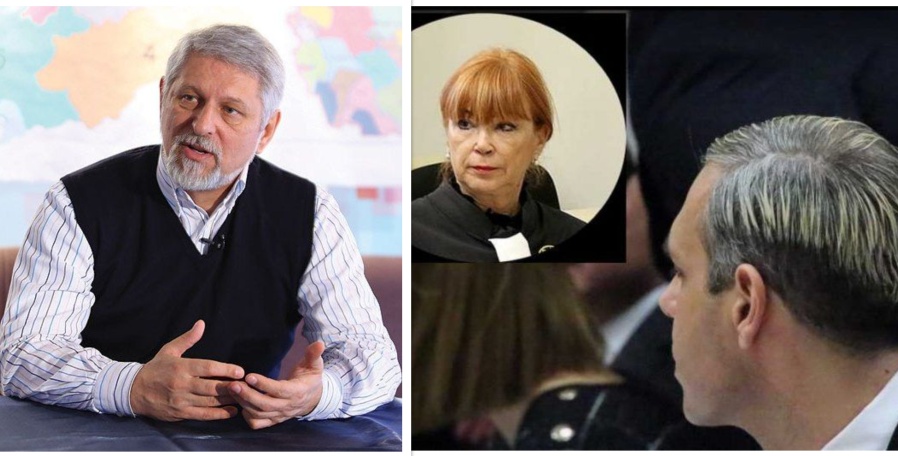 Bojan Jovanovski – Boki 13, the showman who is at the center of the broad Racket scandal, revealed that he had long term communication with prosecutor Vilma Ruskoska, who is now charging him with extortion. Before the court, Boki 13 testified how Ruskoska used to tip him off when she is about to make an arrest on behalf of the Zaev regime, and how she shared her private messages with others, including now disgraced former Special Prosecutor Katica Janeva.

Boki 13 and his lawyer Saso Dukoski presented some of the messages as part of their demand that Ruskoska is removed from the case. In one message, she is informing Boki 13 about the coming arrest of former Karpos Mayor Stevce Jakimovski – who was one of the targets of the Zaev regime after the Colored Revolution.

Vilma was informing me about arrests and detention orders being ordered against numerous individuals. She was eager to use the media platform of my 1TV television. The evidence, which I have stored on a USB stick, will show how she comments about certain individuals. In one instance she tipped me off about the coming arrest of Stevo Jakimovski and asked me to send a TV crew to cover it, Jovanovski said.

Judge Sofce Gavrilova – Efremovska told Boki 13 that the evidence must first be submitted before the court, and then may be allowed for review.