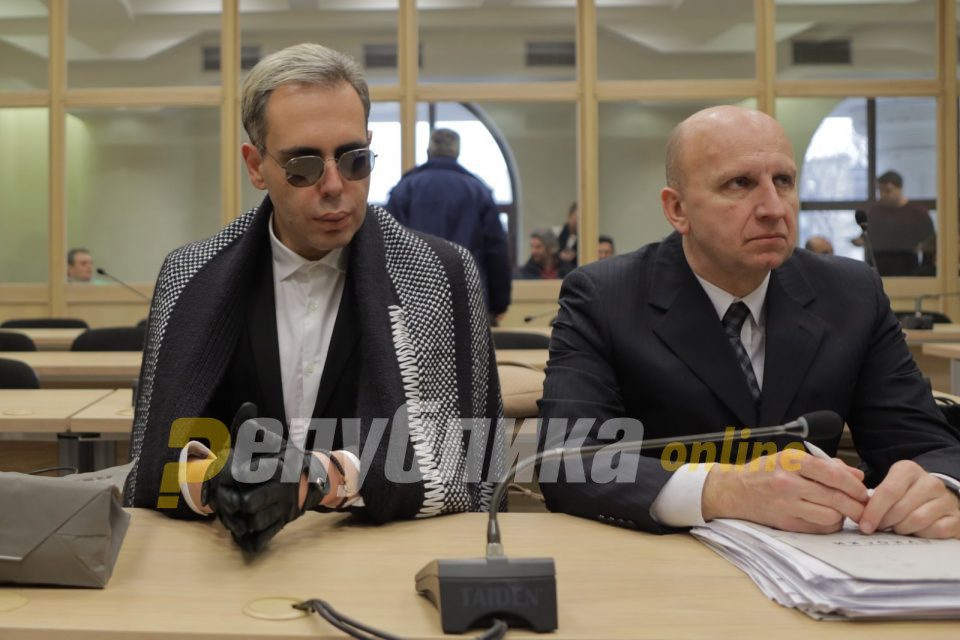 The lawyer representing Bojan Jovanovski – Boki 13 received a death threat aimed at him and his client today, while Boki was testifying on the serious corruption allegations he made against the ruling SDSM party.

I was told to “be careful what is said there”. I could not recognize the voice, it was obscured, lawyer Saso Dukoski told Republika.

Boki 13 was recently sentenced to nine years in prison for extortion of millions along with disgraced former Special Prosecutor Katica Janeva. During his sentencing, Boki exclaimed that the money that were taken can be found in the hands of SDSM party leader Zoran Zaev and his brother Vice Zaev. Afterwards, through Dukoski, he asked for a chance to testify before state prosecutors on the entire extent of the corruption scandals he has witnessed, that are believe to involve Zaev and other top SDSM party officials.

Boki testified today, but while this was going on, Dukoski received the threatening phone call. He said that the testimony will continue and that he will file proposals for criminal charges against a number of people in the coming days.