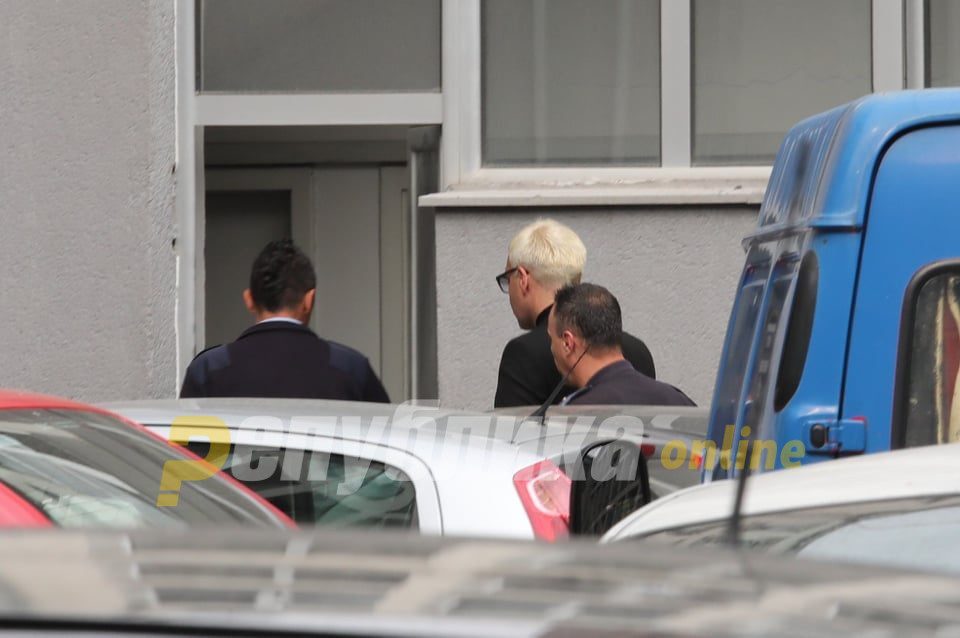 Bojan Jovanovski – Boki 13, the businessman charged with being a major part in the large racketeering scandal, told the press today that he was attacked by prison guards.

He made the claim while he was being escorted into the courthouse for today’s hearing. While the two co-defendants, Katica Janeva and Zoran Mileski, were released into house arrest, Boki 13 remains detained in the Sutka prison. The reported attack comes a day after Boki 13 said that he will “open the Pandora’s box”, indicating that he will begin to talk who else was involved in the Racket scandal.

Sutka prison warden Esad Rahic, who is a former SDSM party official, denied the attack. He said that the guards told him Boki 13 was nervous this morning and initially refused to be put in handcuffs.

We are keeping him like a baby for the past seven months, Rahic told Republika.

The hearing is expected to be closed to the press, due to the sensitive, personal nature of the evidence the prosecution plans to present today.