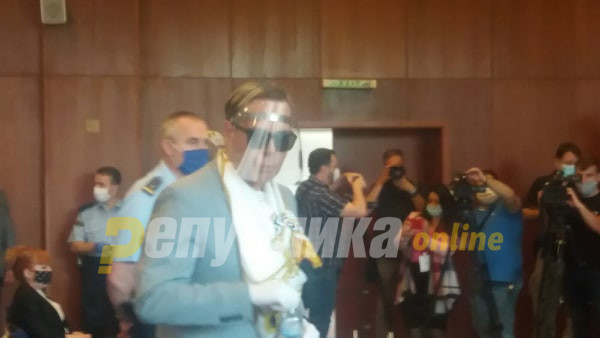 Bojan Jovanovski – Boki 13 is set to testify before a prosecutor today, in a second such interrogation after he dramatically accused SDSM party leader Zoran Zaev of collecting the money from the Racket scandal.

Boki 13 made the statement as he was sentenced to nine years in prison for extorting 1,5 million EUR from businessman Jordan Orce Kamcev. He was already interrogated by state prosecutors once and came with prepared draft criminal charges he is offering to the prosecutors. His representative Saso Dukoski said that one of them is against Kamcev, but he did not disclose who else is Boki 13 testifying against – only strongly implied that it involves top SDSM party officials. During this previous testimony, Dukoski said that he received a threatening phone call in which a man with a modified voice told him to tell “the fa..ot to be careful what he says”.

This, and numerous other leaked revelations about Zaev’s role in criminal activities come as the country is preparing for elections on July 15.