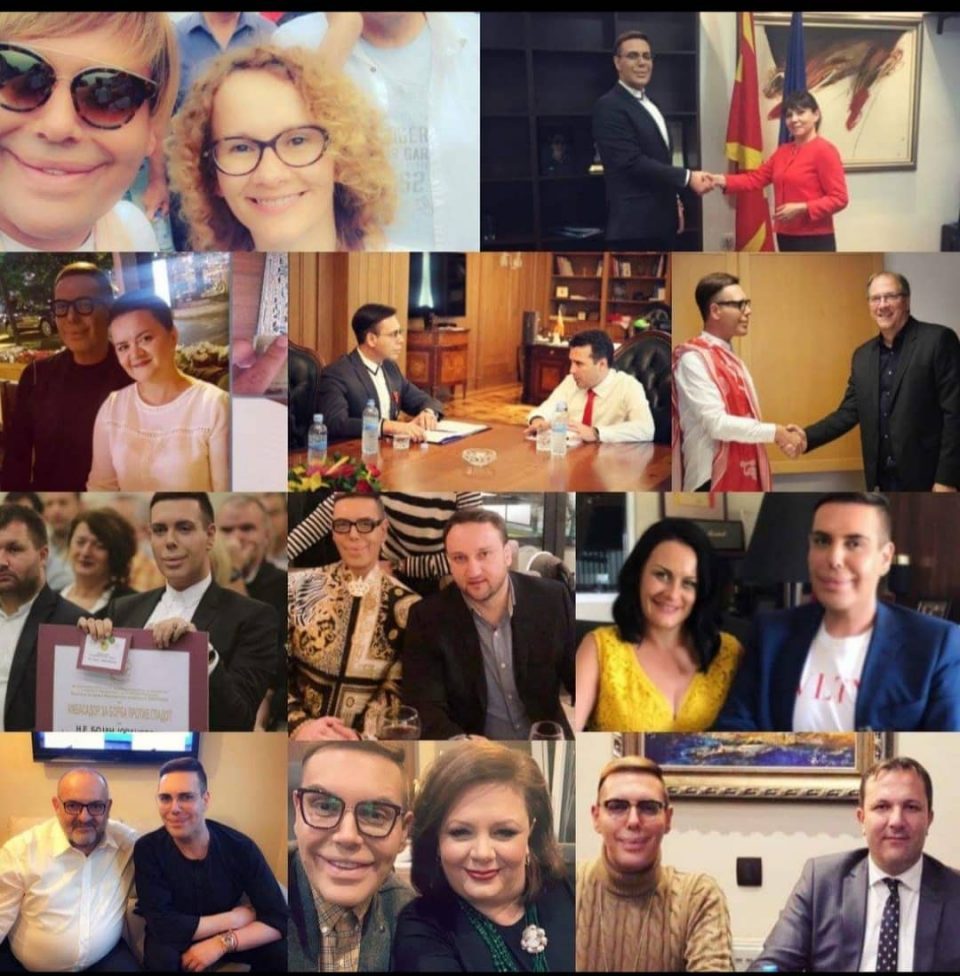 Even though the judge predictably postponed the second Racket trial against Bojan Jovanovski – Boki 13 for well after the July 15 elections, the suspected extortionist decided to reveal the list of witnesses he intends to call before the court. And what a list it is.

As predicted, the new Racket hearing postponed for after the elections

Boki 13 is suspected of extorting about a million EUR from two real-estate companies, to whom he promised to secure lucrative deals on publicly owned land, linked with public subsidies, if they pay him hundreds of thousands of euros each. The business ventures – humanitarian retirement homes that would be converted into luxury villas – failed and the companies want their money back. But the trial is mostly watched because during his sentencing in the original Racket trial, where he received nine years in prison, Boki 13 dramatically revealed that the money extorted in this case ended up with Zoran Zaev and his brother Vice. 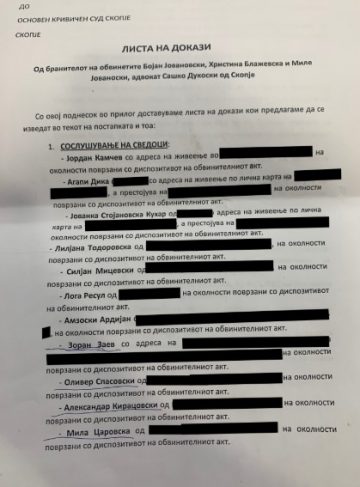 And now, Zoran Zaev’s name is on the list of witnesses Boki called up for the second Racket trial. So is his brother Vice, his cousin Trajce Zaev, and even his wife Zorica Zaeva, who was also close to Boki 13. Boki also wants to question before the court a number of top SDSM party officials – former Secretary General Aleksandar Kiracovski who was forced to resign after the original Racket scandal, interim Prime Minister Oliver Spasovski, Skopje Mayor Petre Silegov, party spokesman and close friend of Boki Kostadin Kostadinov, the current Transportation Minister Goran Sugareski and the high profile tax authority director Sonja Lukarevska. Boki even called up his close friend Stefan Bogoev, the Mayor of Karpos where one of the “humanitarian” retirement homes complexes was supposed to be built.

The two businessmen who paid the million EUR for a chance to get in on the deal, Siljan Micevski and Ardijan Amzoski, are also summoned, as is Jordan Orce Kamcev, the high profile businessman who was the target of extortion in the first Racket scandal. So far, Boki 13 testified three times before the prosecutors, and submitted proposed charges for over three dozen crimes. During one of these testimonies he received a death threat through a phone call addressed at his lawyer. It is widely understood that Boki 13 was not in a position to extort any money without the political backing of his friend, Special Prosecutor Katica Janeva, but also of the SDSM party leadership.