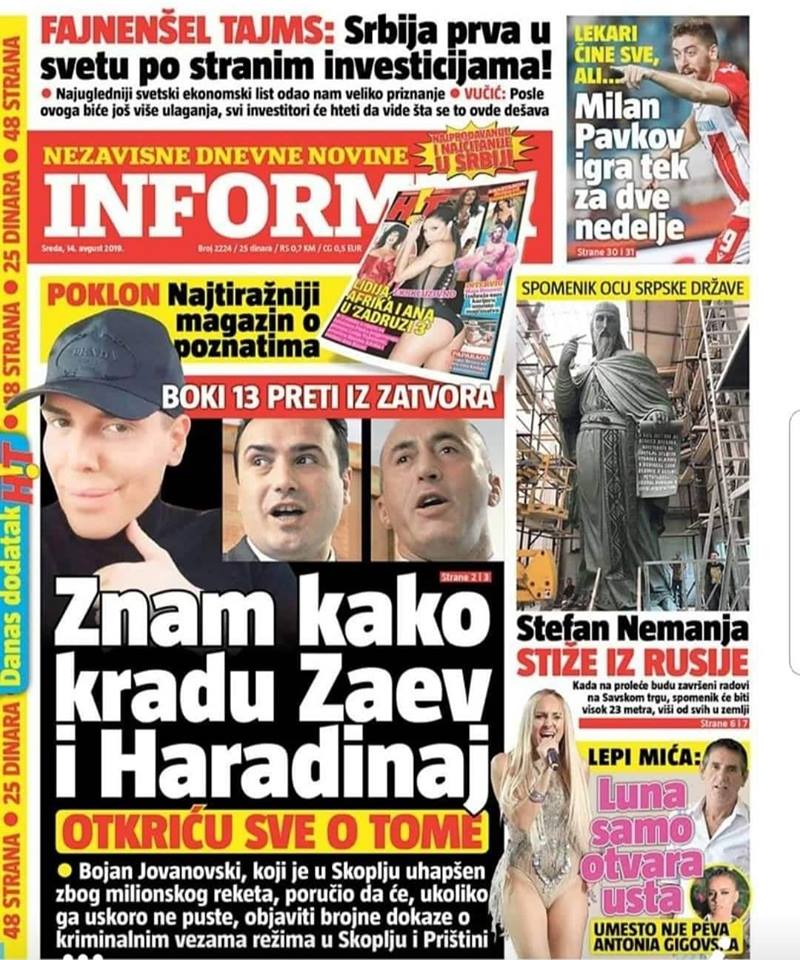 Bojan Jovanovski, also known as Boki 13, who is in custody in relation to the “Racket” affair, threatens and says that he knows how Zoran Zaev, the prime minister of Macedonia and Ramush Haradinaj, Kosovo’s outgoing prime minister are stealing.

The story is featured on the front page of Wednesday’s issue of the Serbian daily “Informer”.

The court ordered Tuesday additional 30 days detention for Boki 13 and Zoran Mileski, known as Zoki Kicheec, suspects in the “Racket” case. They are charged with receiving a prize for unlawful influence, and Boki for money laundering. The investigation of the case is ongoing and it is expected that it will be expanded.