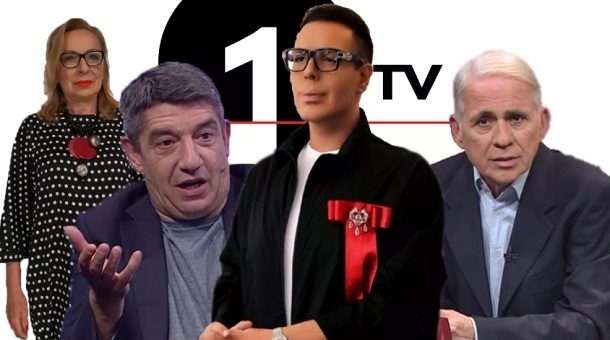 Some of the 1TV journalist stars, at least two of them, besides the enormously high fees, also received something that is not really known in the media practice in Macedonia, Kanal 5 reports.

According to Kanal 5, there is information in the public that some of the 1TV journalist elite received enormous fees, which are alleged to have been obtained illegally. At least two of the 1TV journalist stars, in their copyright agreements, in addition to monetary compensation, received something that is almost unknown to TV authors – natural persons – advertising time!

One of them received two-minute advertising space per week on their show, the other one two minutes in their weekly show, and two more minutes outside the author’s show.

Advertising time as an additional fee may be offered to the author – a natural person, but this will create a large number of contractual obligations between the author, the client that will be advertised and the medium.