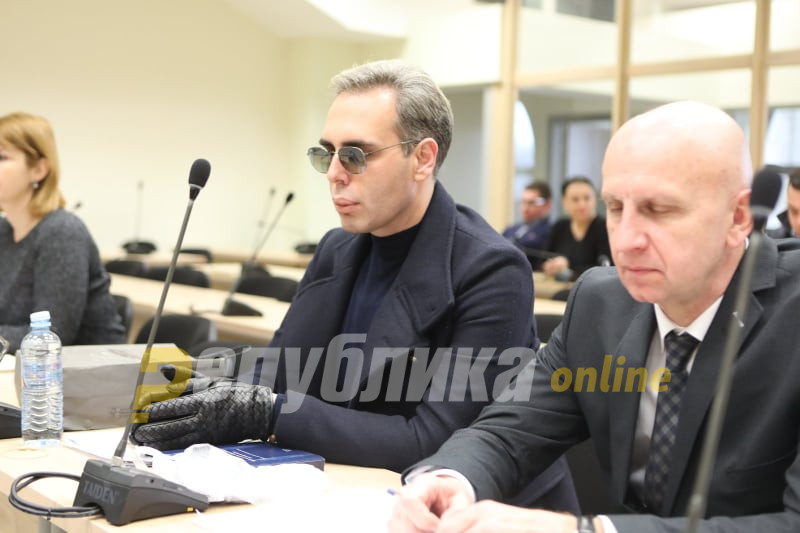 Saso Dukoski, lawyer for Bojan Jovanovski – Boki 13, asked that the hearing in the major Racket trial planned for tomorrow is postponed because Boki 13 shared prison facilities with a prisoner who died of the coronavirus. The prisoner from Radovis died from apparent heart attack, but it was later determined that he had Covid-19.

They shared the same bath, they were brought food by the same guards. Instead of having my client in isolation, he is being brought to trial. Imagine what can happen if he is infected, God forbid. All of us who are in the courthouse could be in jeopardy, Dukoski said.

Boki 13 is the only of the three defendants who is still in detention. Katica Janeva and Zoran Mileski were released into house arrest long ago. Criminal courts were ordered to continue a hectic pace of trials despite the epidemic, as the SDSM led Government’s stated goal is to have as many of its political opponents sentenced as soon as possible.