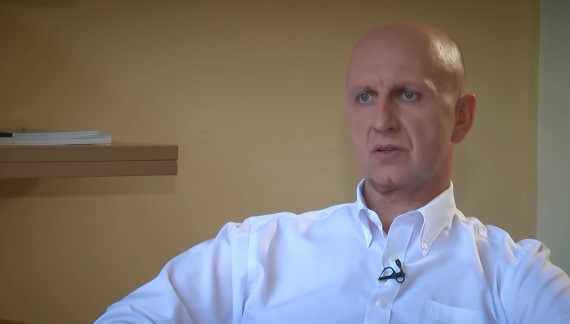 Saso Dukovski, lawyer for Bojan Jovanovski – Boki 13, publicly mocked the newly developed situation when numerous friends of the showman suddenly claim they never knew him or don’t him all that well.

All of the sudden nobody knows Bojan Jovanovski. It seems he was some alien who fell on Earth and straight up decided to open a TV station, an NGO, all because he was so competent, and money started rolling in. He had no help in any of it, or so it is all portrayed, Dukovski said, in a statement seen as a clear message from Boki 13 to the powerful politicians from Zaev’s regime who were supporting him.

Prime Minister Zoran Zaev taught a master-class in denying that he knows Boki 13 when he pretended not to remember his name before the press. “Borjan Jovanovski, was it?”, said Zaev, who had a number of meetings and photos taken with the suspected racketeer. A long list of SDSM party officials and members of Zaev’s Government were present at the opening of Boki 13’s 1TV station, met with him over his dubious investment opportunities or sat on the board of his bogus charity.

Special Prosecutor Katica Janeva also attempted to deny her links with Boki 13, saying that he abused their friendship when he was using her powerful office to extort millions from businessmen who were under investigation. The denial didn’t help Janeva, as she as detained for her role in the scandal. SDSM party official Aleksandar Kiracovski also denied knowing Boki 13 all that well, only to have a photograph of himself serenading Boki 13 on his guitar shared in the public on the day of his testimony.

“Serenade photo” of Boki 13 and Aleksandar Kiracovski appears throughout Skopje

We can’t have Bojan Jovanovski held respnsible, while there are at least a dozen other persons who are not under investigation and are not asked to assume their share of the responsibility, Dukovski said.

The opposition VMRO-DPMNE party is blaming the judiciary of attempting to cover up the involvement of top level Government officials in the scandal which rocked Macedonia.