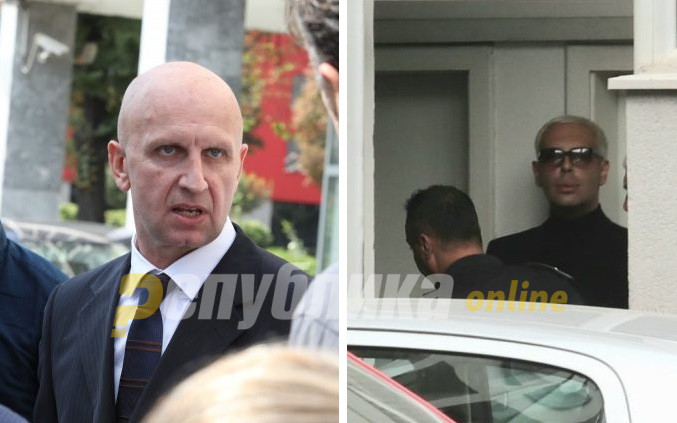 Saso Dukovski, the lawyer defending accused high level extortionist Bojan Jovanovski, made a dramatic appeal to the public today, insisting that Boki 13 has a number of serious health issues and that he is in danger of dying if he remains detained. Boki 13 had a gastric bypass surgery which he claims went badly, and had to call off one of his interrogations as he began to vomit.

His health gets worse by the day. His urine is brown. He had a rectal exam yesterday under guard. On the 20th he has to undergo a colonoscopy which requires preparation. It would be quicker if I told you what’s not wrong with him. When he is lying down bile goes straight to his lungs. He can die in 15 minutes. Bojan Jovanovski had his stomach removed, Dukovski said.

Boki 13 is charged with extorting millions from businessmen, using his close ties to Special Prosecutor Katica Janeva, who is now his co-defendant, as well as his links to the ruling SDSM party.

President Stevo Pendarovski refused to apologize to the former employees of the disgraced Special Prosecutor’s Office. During his Ilinden speech Pendarovski, who was a great supporter of the SPO and its chief prosecutor Katica Janeva during the Colored Revolution, noted how the institution disappointed...
Macedonia 05.08.20 | 16:47

Citizens of Kumanovo warned to prepare for a major storm

Intense hail the size of walnuts fell on Skopje