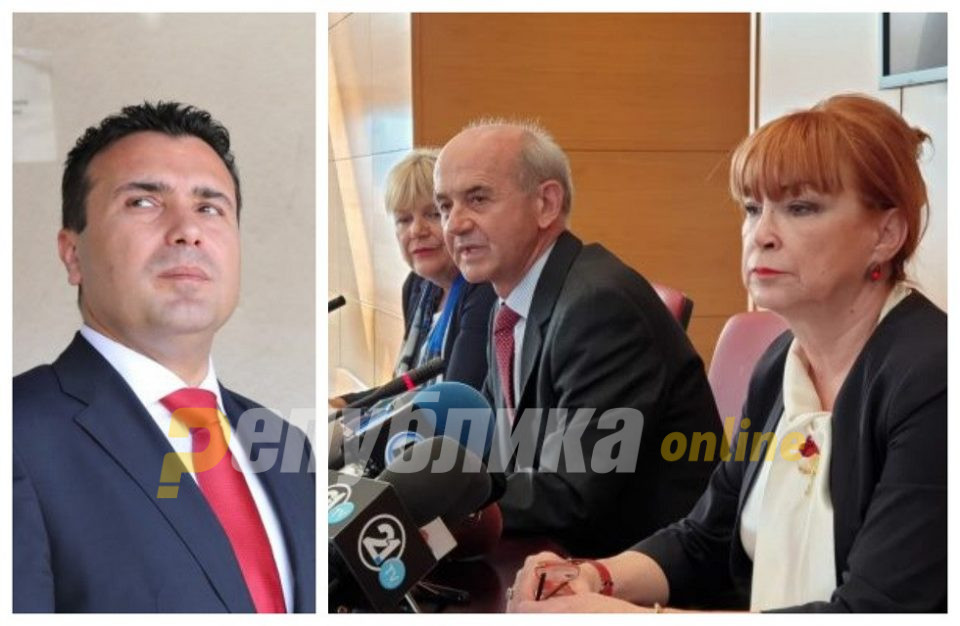 Bojan Jovanovski sent a letter to Zoran Zaev, Ljubomir Jovevski, Vilma Ruskovska, Ljupco Nikolovski, Oliver Spasovski from jail. The reason for the address is the statement of the prosecutor Ruskovska that they threatened to eliminate her if she does not prosecute Zoran Zaev and his brother Vice.

Vilma, you made our judiciary and public prosecution system look like Bollywood with cheap stories and scenarios!!!, said Boki in the letter.

He points out to Ruskovska that she is obliged to act in accordance with the law and to prosecute the Zaev family, without anyone threatening her if she had acted according to the law and if she herself had not been involved in all the illegal acts of the mentioned persons!!! 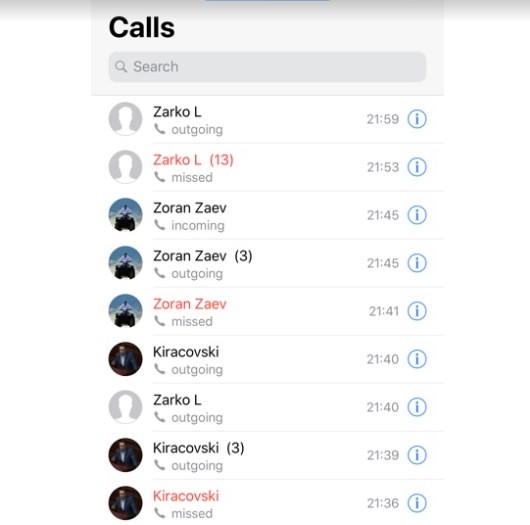 Boki says that Ruskovska’s poor excuse that will not prosecute because she has no evidence against the Zaev brothers does not hold water and he will now make public communications that point to the illegal and criminal actions of the same persons. He says now the whole the public will see how the prosecutor hides crimes, which would mean according to the Criminal Code of the Republic of Macedonia that she is also are a co-perpetrator or helper in the committed crimes!!!

Further in the letter, Boki tells Ruskovska that no one would get their hands dirty for her because she is not worth it. He says he should not be afraid that someone will eliminate her because it will be her to do away with herself with her illegal and criminal actions from a position of power. 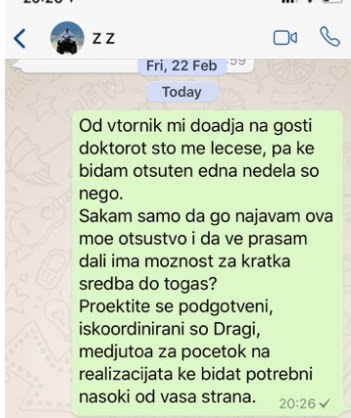 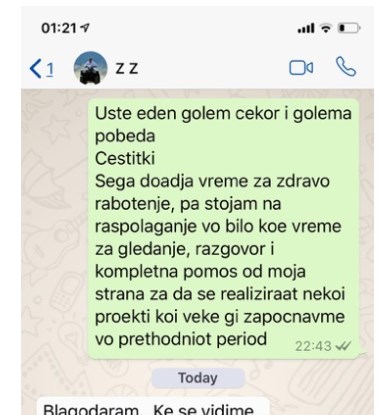 In the letter, Boki also talks about the relationship with Zaev and Ruskovska.

In addition to the content of the previous two open letters addressed to Zaev and Ruskovska, I address this open letter to the above-mentioned persons and to the general and professional public, in order to show and disclose all illegal and negative, and at the same time unsanctioned actions committed by the aforementioned and others! All the allegations in this letter are based on personal knowledge, testimonies and data that are in my phone and they are the absolute material truth, for those who want to see it and the authorities to process it after everything described and stated in this open letter!, he wrote.

Boki also reminded Zaev about the expensive vacation in France. 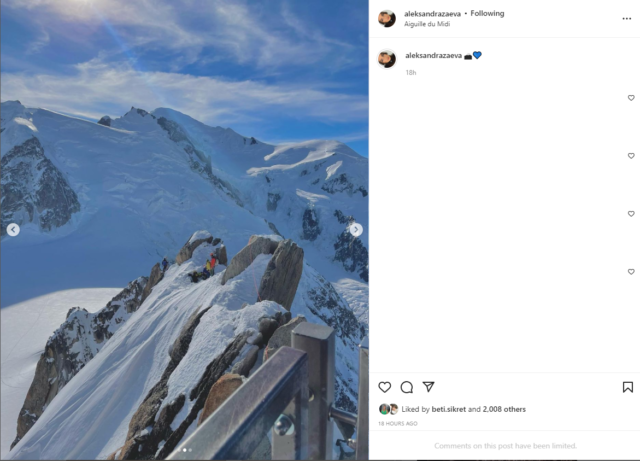 Zoran Zaev, if you think that you will be saved by keeping silent and ignoring the questions and theses from the letter I sent you, I assure you that you are lying!!! The censorship in the media under your control, which was not allowed to convey a word from the open letters, speaks of your present influence and rule despite the theatrical resignation!!! 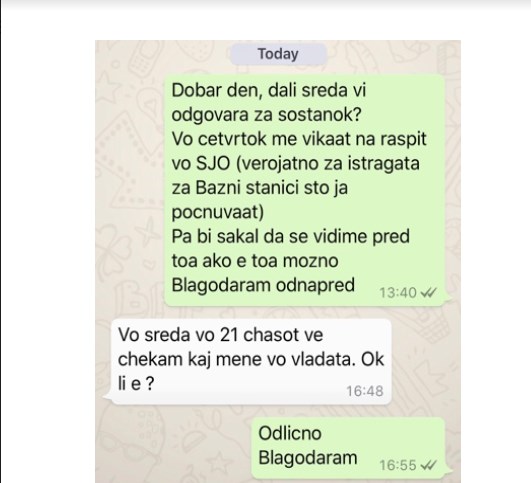 You, Zoran Zaev, have left behind social and legal erosion and catastrophe, you have left a completely devastated system in which your henchmen still rule and devastate, and you have allegedly retreated! An example from the many, your favorite Minister of Corruption has now returned to be the Minister of Agriculture, as if no one is more specialized than him, and in the murky criminal deals, I believe there is not, he said. 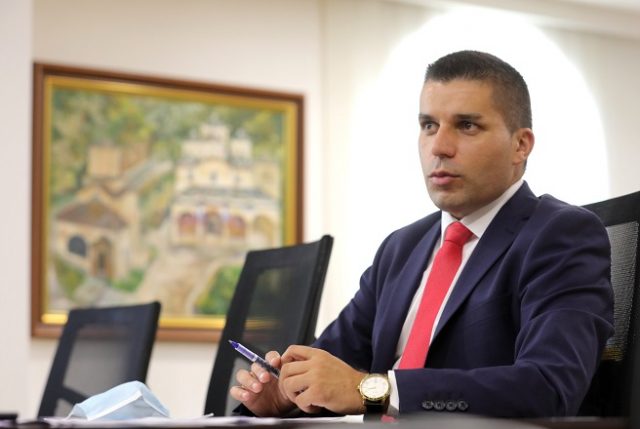 In this context, he asks Ljupco Nikolovski, former and current Minister of Agriculture:

How much in your first ministerial term have you transformed state agricultural land into state construction land, how many legal procedures have you violated that had to be implemented, for whose needs and interests and for how much money you have developed this criminal scheme together with Zaev, his brother Vice and a few more members of the Zaev clan and in the end how much money did you all spend together from the above written??? 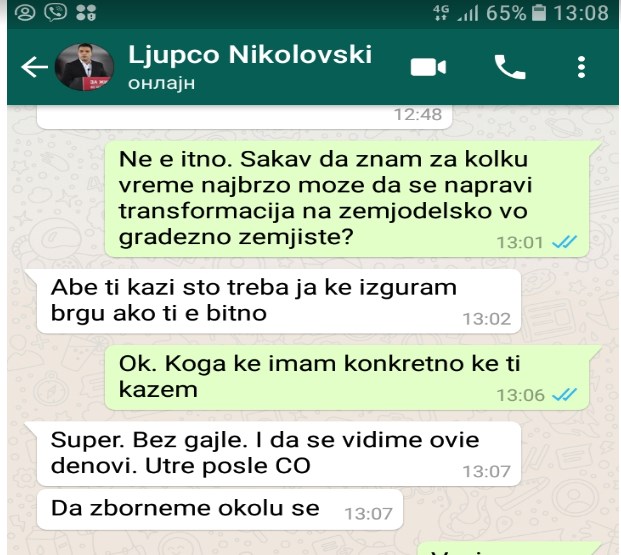 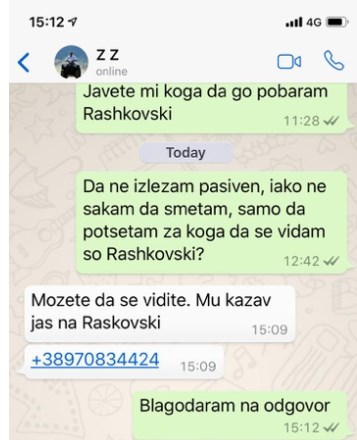 In the letter I sent to you, Mr. Zoran Zaev, I stated that I personally met you with the now deceased Zarko Lukovski and I stated that you made projects worth millions and that you collected millions of commissions in the name of corrupt rewards for you and your Raskovski that you personally delegated to Lukovski !!! It will be seen that other of your associates were looking for Lukovski, but you told them it’s best to discuss it with Raskovski !!! Among other things, today it will be seen who traded with the SPO and to whom did Lukovski complain about in relation to a SPO investigation, to me or to you Zoran Zaev?!?!? 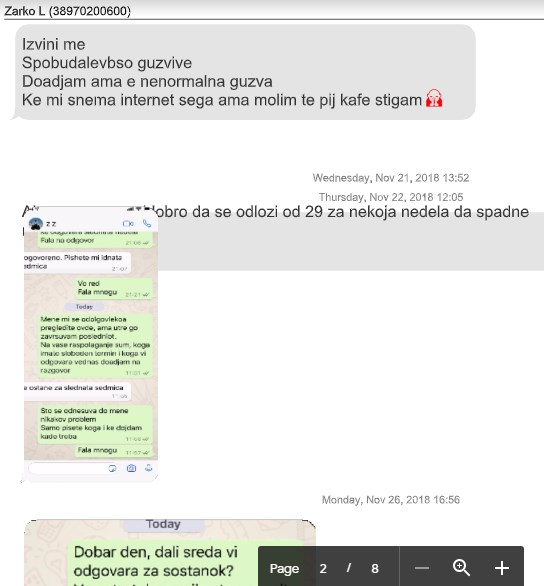 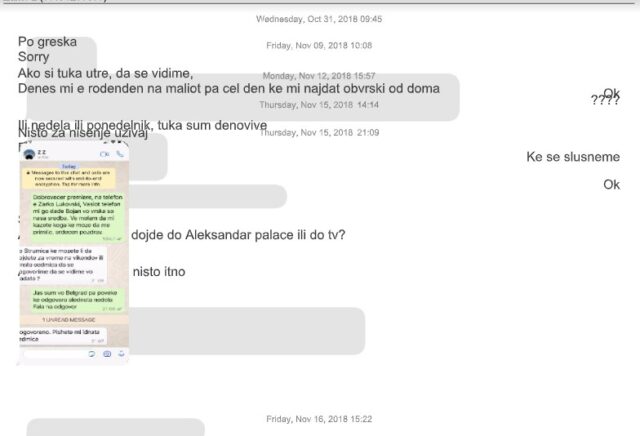 Boki also submitted the entire communication with the late Lukovski. 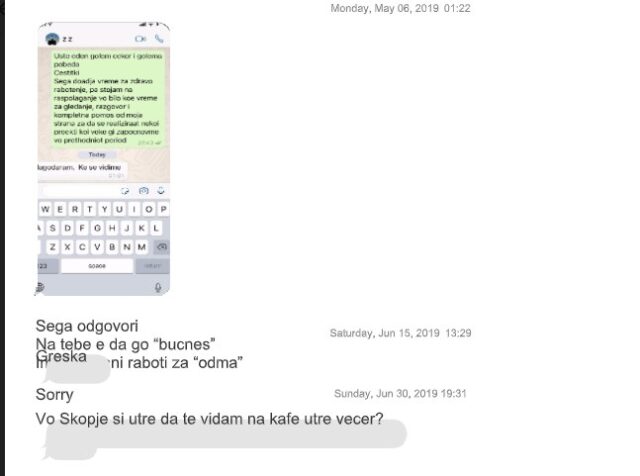 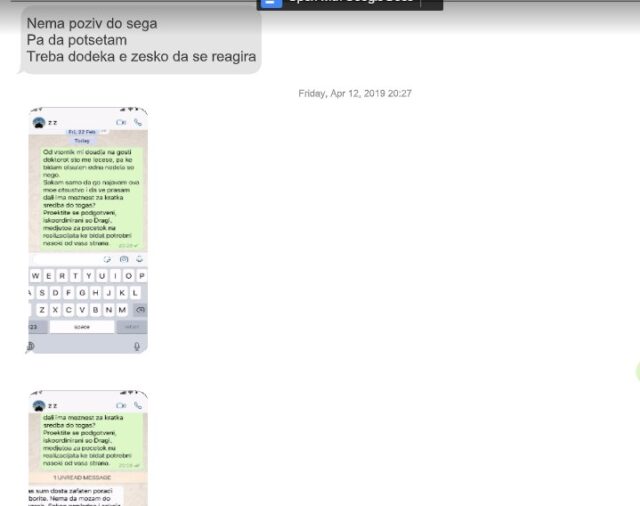 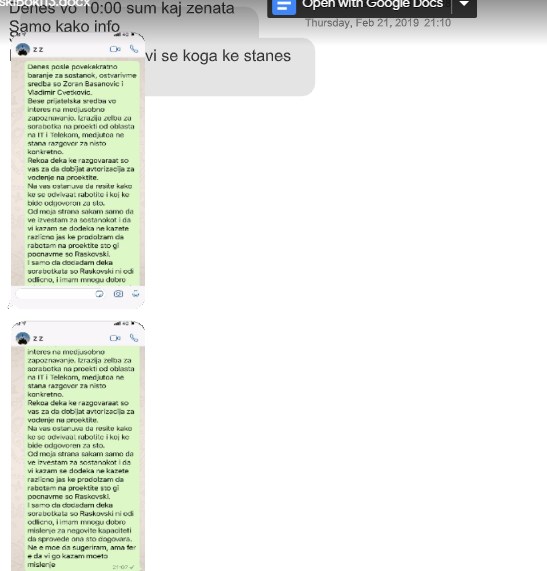 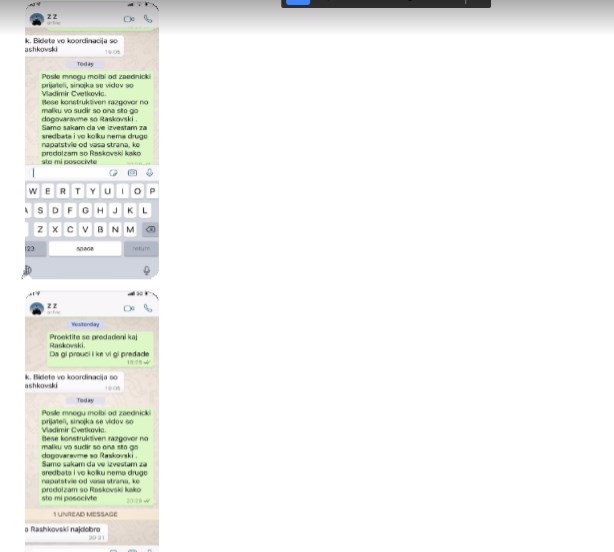 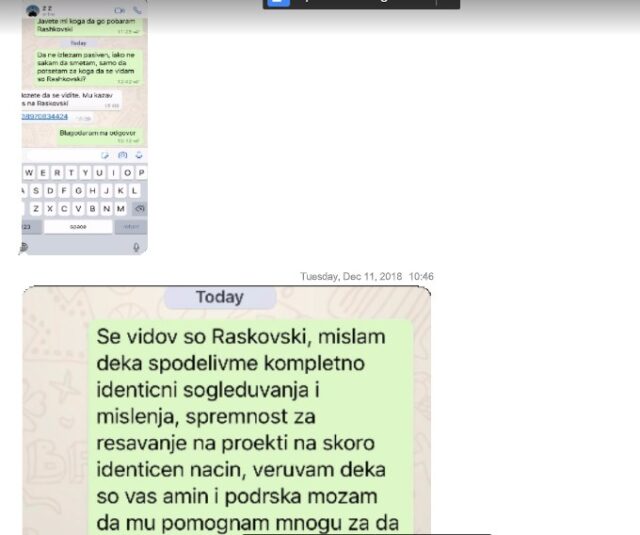 These communications and many other indications and evidence were in front of Ruskovska’s eyes in the summer of 2019 when she deprived me of my liberty to cover up other people’s crimes !!! I received these published materials from my phone legally during the “Racket” investigation.