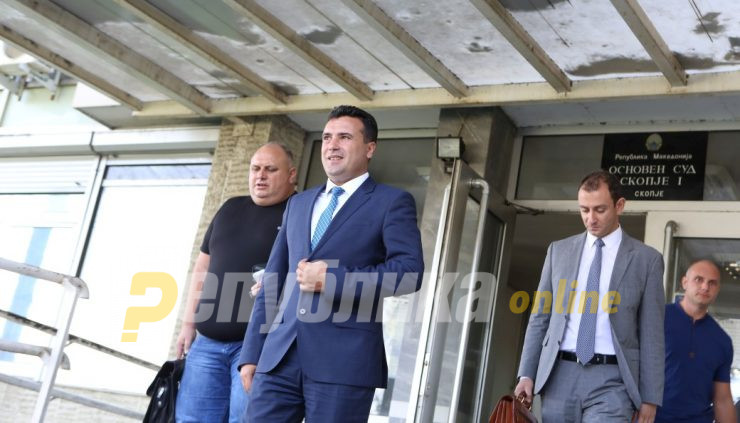 Is the truth revealed why SDSM and Zoran Zaev rushed to adopt the Law on Public Prosecutor’s Office?! Was Zaev aware that there may be tapes that prove his influence on the judiciary?!, Antonio Milososki said at Sunday’s press conference, releasing a new wiretapped conversation that he said he received from a whistleblower. The tape allegedly features Zoran Zaev’s voice, which, as he said, no longer needs to be confirmed, because, as he said, for the previous conversation he released, Zaev in Prilep himself confirmed that it was his voice.

Answering reporters’ questions, Milososki said that the conversation could clearly show that the ex-prime minister was in close coordination with former SPO chief Katica Janeva.

Milososki said that Zaev not only was prime minister, but also a supreme judge and special prosecutor. Milososki also said that the tape shows why Zaev was in a hurry to pass the law on the Public Prosecutor’s Office so that in the future all these “bombs” could not be used as evidence.

The transcript makes it clear why he was rushing to pass the prosecution law in such an unlawful way, and why he so desperately sought to have 80 lawmakers vote to prevent future illegally obtained materials that could be used as evidence against him in some future proceedings, said Milososki.