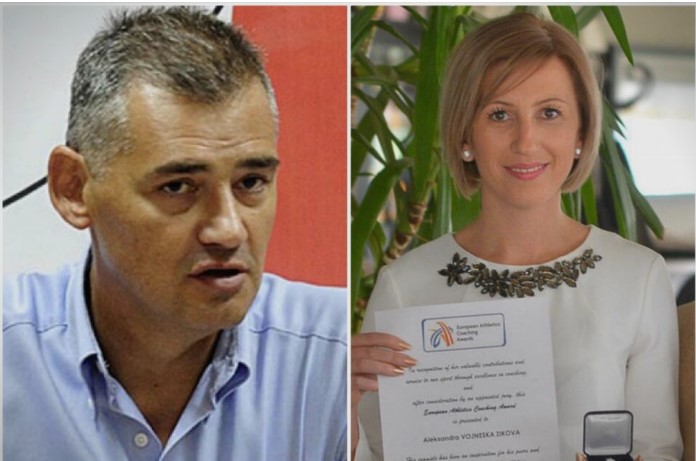 After 28 years, the Macedonian Olympic Committee is set to have a new President. Vasil Tupurkovski, the Communist era leader, is set to leave the post and the important sporting organization will have its first ever change of leadership.

But the candidates nominated to replace Tupurkovski hasve also raised controversies, and left the impression that the ruling SDSM party is angling to take over the institution. One of them is Daniel Dimevski, a businessman and former head of the Macedonian Basketball Federation. Dimevski was adviser to Zoran Zaev and during this time he was accused of trying to grab the potentially very valuable Kale sports center, that could be developed into a residential and business center.

Dimevski’s opponent for the position is Aleksandra Vojneska Zikova. She is a Government official in the Youth and Sports Agency appointed by the Zaev regime, and as of last year she heads the Athletics Federation of Macedonia. She also caused a controversy since, after she took over the AFM, the Youth and Sports Agency doubled the payments to the federation from the usual 10 million denars to 20 million per year.

Either way, whoever ends up on top, it is likely that the next head of the Macedonian Olympic Committee will be a person in the pocket of the Zaev Government.

Sport teams across Macedonia united in expression of grief